Californians most likely to vote are split almost evenly on whether to recall Newsom, poll finds 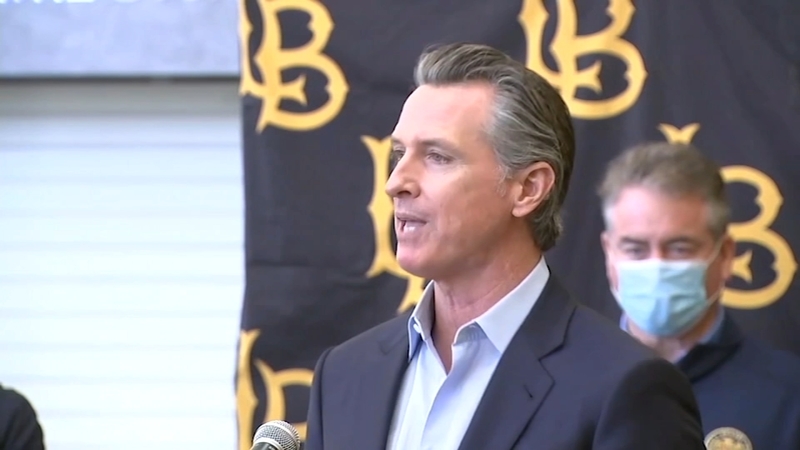 Election to recall Newsom is much tighter among these CA voters: poll

SAN FRANCISCO (KGO) -- With just seven weeks to go until the recall election, the race to oust Gov. Gavin Newsom appears to be tightening.

A new poll from the Berkeley Institute of Governmental Studies shows that support for the recall among registered voters remains at 36%. But among those most likely to vote in the recall it's almost evenly split with support at 47% and opposition at 50% -- just a 3 point difference.

"These results make plain that the big question surrounding the recall will be whether the Newsom campaign and Democratic activists are able to get Democratic voters more engaged and interested in voting in September," IGS co-director Eric Schuckler said in a statement about the poll's findings.

RELATED: California recall election: Everything you need to know about the race against Gov. Gavin Newsom

More than 50% of the voters need to vote no on the recall for Newsom to stay in office. If not, the top performing alternative candidate wins.

According to the Berkeley IGS poll, conservative talk show host Larry Elder leads the pack of alternative candidates with 34% support. He is followed by San Diego businessman John Cox at 28%, former San Diego mayor Kevin Faulconer at 26% and Assemblymember Kevin Kiley at 19%. Celebrity athlete Caitlyn Jenner is currently coming in at 8th place with 12% support.

Faulconer is one of the 24 Republicans looking to replace Newsom in September. He campaigned outside a now-closed Walgreens in San Francisco on Tuesday where he promised to address rising crime.

“This is an example of Gavin Newsom’s California,” he says as he talks about crime across California pic.twitter.com/AKlwdE993T

When asked what he specifically would do to curb crime, Faulconer said he would "first and foremost" not defund the police. He also called for an end to Prop 47, which reduced penalties for certain low-level crimes.

"We talked about one (law) to steal $950 in merchandise with virtually no consequences," he said.

As videos of retail thefts go viral, the issue of crime is becoming a defining issue in the recall. Last week, Newsom held his own press conference to address it where he signed a bill aimed at cracking down on organized retail crime.

"We want to go after those rings, go after those organized teams of folks that are connected not only within communities but all across the state," Newsom said.

The governor's team has also been blasting supporters with texts and emails trying to boost interest and enthusiasm. The "Stop the Republican Recall" group held a virtual event on Tuesday morning with environmentalist supporters.

"The reason we are gathered is because there is so much at stake for our state, our country and the globe with this Republican recall of our Governor Gavin Newsom," State Sen. Nancy Skinner said at the event.

"The Trump Republicans behind the recall of Governor Newsom refuse to accept the realities of climate change," she added.

Mail-in-ballots will be sent to every registered voter sometime next month. The recall election is Tuesday, Sept. 14.