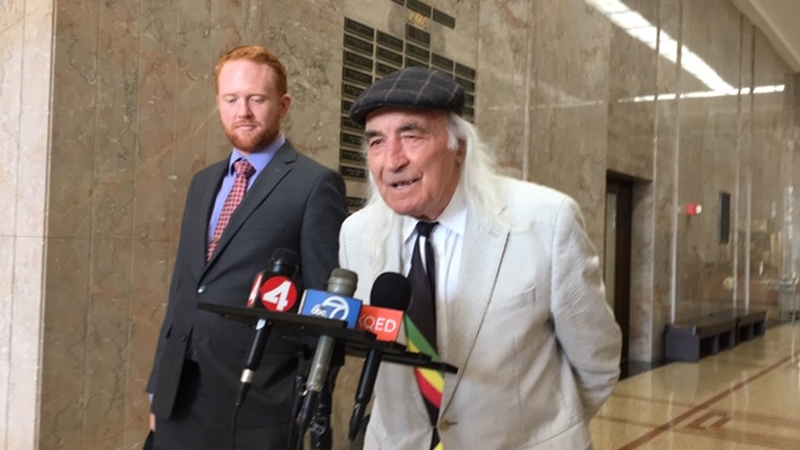 OAKLAND, Calif. (KGO) -- "Quiet desperation." That's how Derick Almena's defense attorney Tony Serra describes the difficulty of waiting for a verdict in the Ghost Ship Trial. The jury ended its sixth day of deliberation Monday without a verdict and, so far, there is no sign that a decision is coming soon.

That, according to Serra, raises at least the prospect of a hung jury.

"The longer a jury is out, the more likely a hang could occur," explained Serra. "Rationally, the largest criteria for what occurs is how did it hang? So we normally find that out. For instance, if it's 11 to 1 for conviction, you're not going to get anything in negotiation and they'll go again in a minute."

The decision as to whether Almena and co-defendant Max Harris are guilty of 36 counts of involuntary manslaughter must be unanimous for each defendant.

Serra says if there is just one juror for instance who holds out for not-guilty, then the Alameda County District Attorney's office could decide to retry the case, something that may not happen for months or years.

The jury could find one defendant guilty and the other not-guilty or some combination. If either is found guilty, a sentencing hearing would be scheduled. Serra says that would likely not happen for at least six weeks, to give the probation department time to complete a sentencing report, which would take into account a variety of factors.

TIMELINE: How the investigation into the deadly fire Ghost Ship fire unfolded

"The probation department, if they do a good job, will interview the defendant, the lawyer. They'll take written material," said Serra, "including police reports. They'll go for family members and interview them. They'll put everything together."

The maximum sentence Almena and Harris could receive if convicted is 39 years in prison.