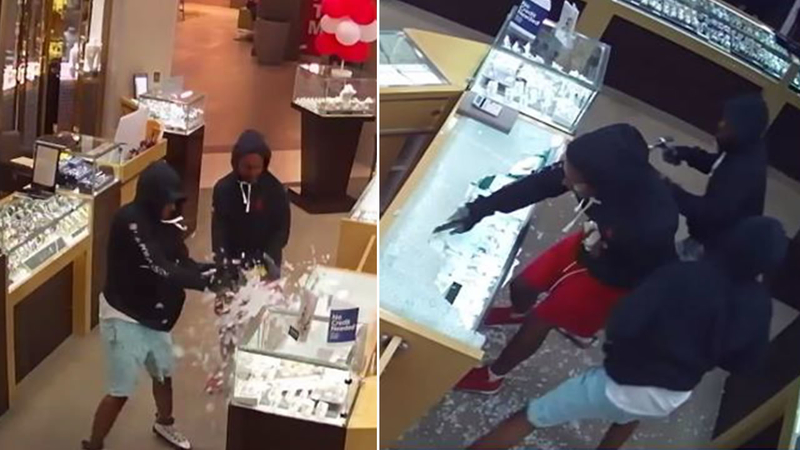 "Hopefully someone out in the public knows who these suspects are and will come forward," Milpitas Police Capt. Raj Maharaj said.

A nearly identical heist occurred just a few hours before at the same jewelry store, this time in Modesto. Four men were caught on surveillance video using what appears to be sledge hammers, police say, possible also used in the Milpitas robbery.

Investigators are still trying to determine if both cases are related.

"We have to make sure our detectives talk to their detectives, look at photos, find any additional photos that we may have that aren't from the store," Capt. Maharaj said.

Milpitas police say Sunday night, as the men smashed the display cases, the sound of shattering glass confused many customers, some falsely believing there was an active shooter. People quickly ran out, then posted on social media.

"What happened recently in Gilroy and El Paso and what's happened worldwide, people are hyper sensitive. I get that," said Capt. Maharaj. 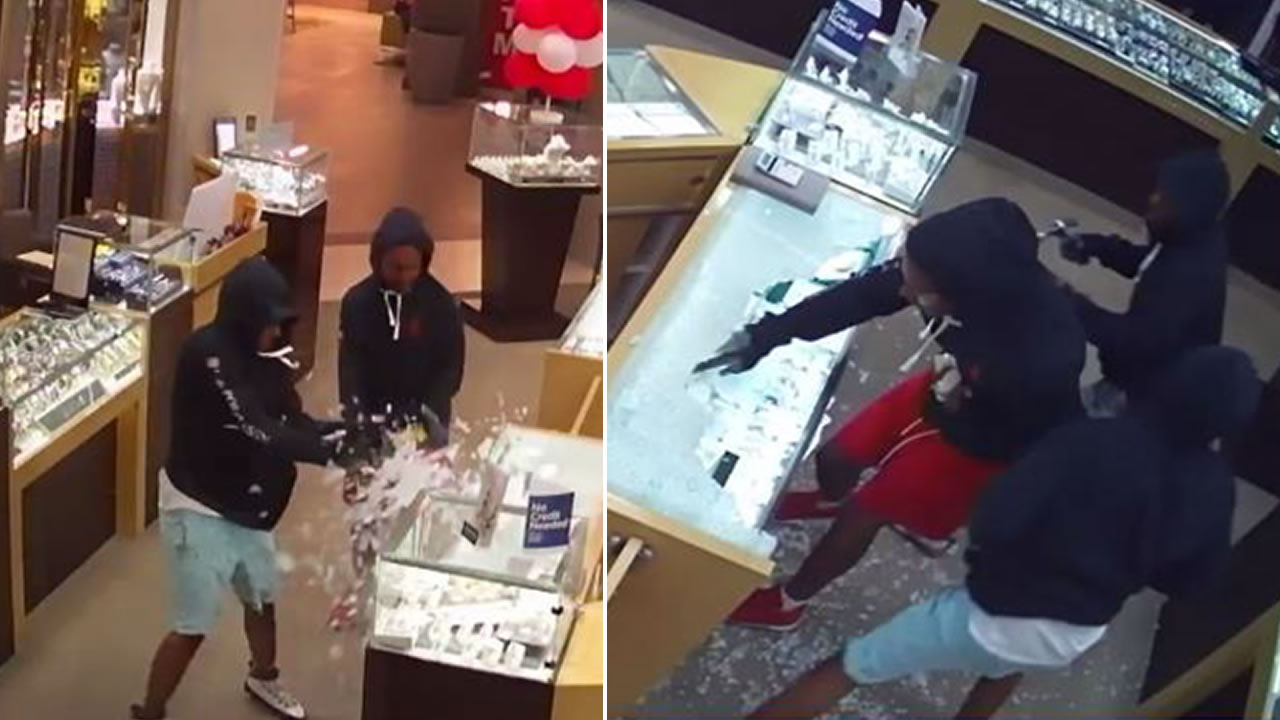 Milpitas police told us there are always four permanent officers on the premises. That's how, police say, they were able to respond so quickly.

On Monday morning, there were no signs of broken glass at Valliani Jewelers inside the Great Mall, we only saw a covered display case. 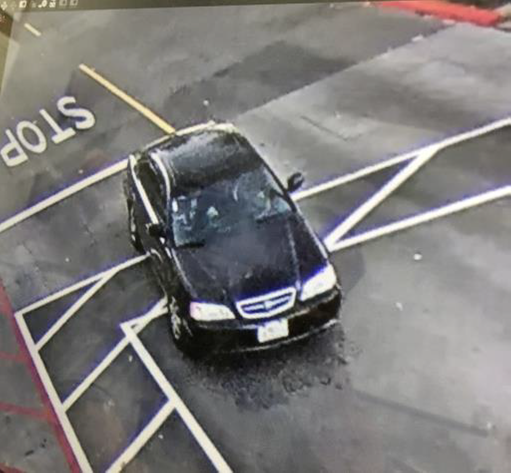 Surveillance footage shows a car belonging to three suspects in a jewelry store robbery at the Great Mall in Milpitas, Calif. on Aug. 25, 2019.

"Things keep happening all around and as soon as you hear something happening, people get scared, they don't have the full information, they start moving around. They assume the worse," said one man, who did not want to be identified.

JUST RELEASED: ⁦@MilpitasPD⁩ releases pictures of three men, they say, were responsible for yesterday’s burglary at the Great Mall. pic.twitter.com/GNLAssEKJL