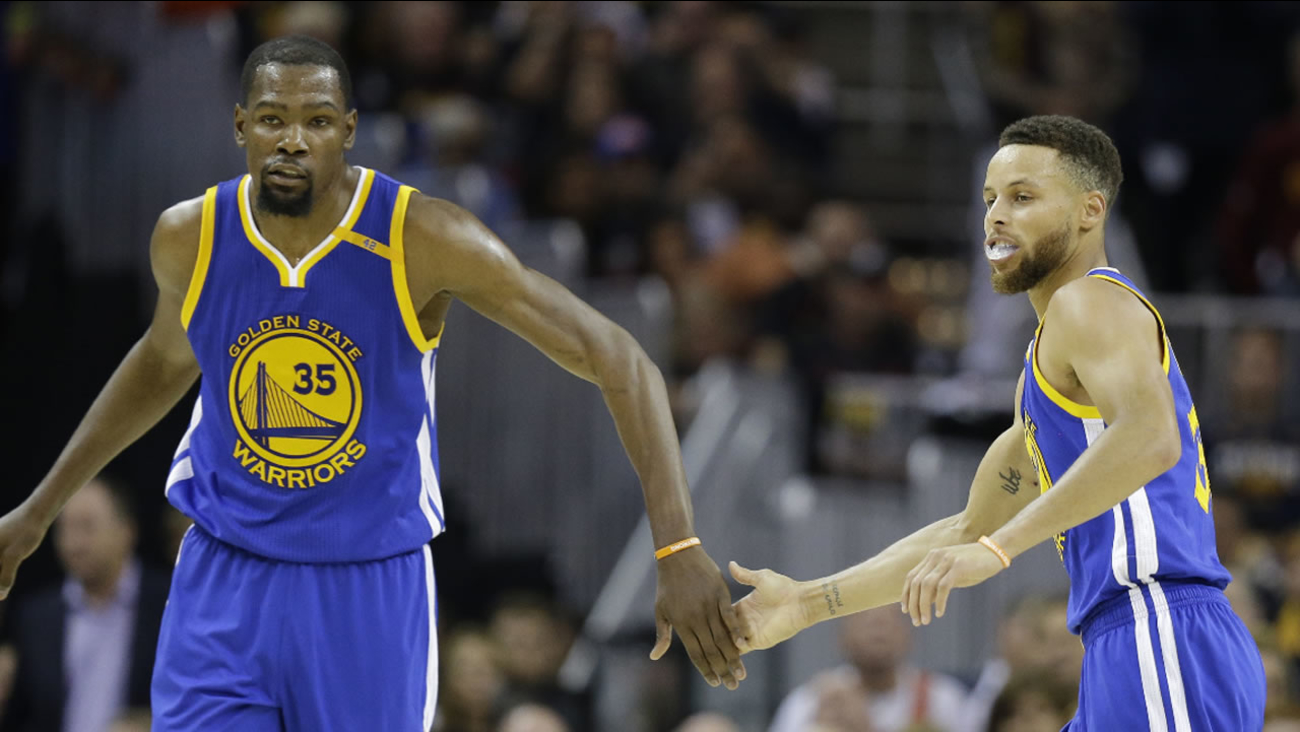 Warriors forward Kevin Durant and Stephen Curry play against the Cavaliers during the second half of Game 3 of basketball's NBA Finals in Cleveland, Wednesday, June 7, 2017. (AP Photo/Tony Dejak)

CLEVELAND (KGO) -- The Golden State Warriors are now on the brink of history, just one win away from sweeping the Cavaliers in the NBA Finals.

The Warriors could become the first team in NBA history to go a perfect 16-0 in the playoffs.


VIDEOS: Warriors discuss Game 3 win on ABC7's 'After the Game'

The Dubs beat the Cavs in Game 3 Wednesday night in thrilling fashion. Kevin Durant sank a crucial 3-pointer in the final seconds, putting the Warriors ahead for good.

Durant finished with 31 points but said after the game there's still more work to do. "This is a crazy game, anything can happen. So I don't want to relax or feel like it's over. It's not. I'm just trying to enjoy this moment, try not to look into the future or the past, try to stay in the present and enjoy this moment for what it's worth and just keep pushing," he said.

At home in Oakland, 15,000 fans packed Oracle Arena for a watch party Wednesday night. A portion of the proceeds will go to charity - the Warriors Community Foundation and AEG Oakland Foundation.

In San Francisco, hundreds of fans packed Civic Center Plaza to watch the Warriors game for free on a big screen TV at City Hall.

The city has no plans yet for a watch party Friday for Game 4.

ESPN and ABC's coverage of Game 4 of the NBA Finals starts Friday at 5:30 p.m. on ABC7. Before that, join ABC7's Larry Beil and Mike Shumann for the Dubs On 7 Pre-game Show, brought to you by Jeep, at 5 p.m. on ABC7


Click here for full coverage on the Warriors, including game recaps, photo galleries, and exclusive interviews.