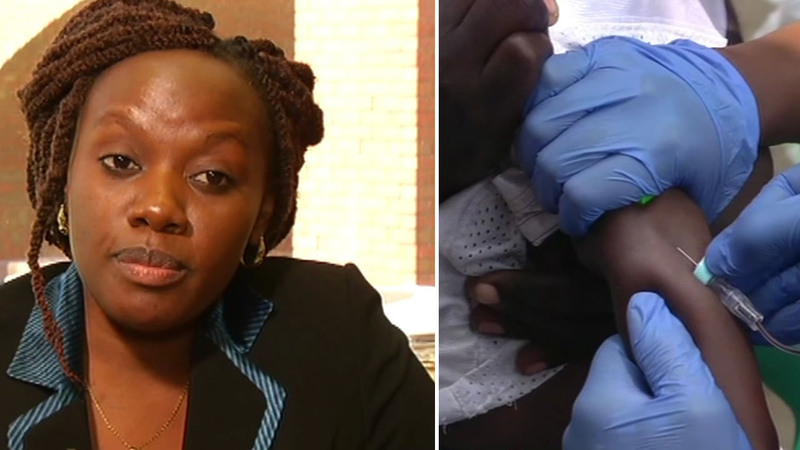 SAN FRANCISCO (KGO) -- Six environmental activists from around the world were honored in San Francisco as winners of the Goldman Environmental Prize. This year's winners fought to save sensitive coastlines, block open pit mining, and in one case, shut down a plant that was poisoning children.

When Phyllis Omido learned her son had lead poisoning she suspected he wasn't alone. Omido was working inside a smelting plant in Mombasa, Kenya, where crews were melting down car batteries. She discovered her son became sick after breast feeding and asked women living near the plant to allow their children to be tested as well.

"I took them to the government chemist and all three tested positive for led poisoning," Omido said.

Even though it cost her her job, Omida led a long battle, that eventually shut the smelting plant.

Howard Wood's fight took him under the cold grey waters of western Scotland, where families had fished for generations. An accomplished diver, he documented the effects of a newly legalized industrial fishing technique that was literally plowing the sea bed with steel rakes, destroying the coastal habitat. The evidence eventually rallied island residents to fight for a no dredging zone.

"Using our photographs and our video, we had to learn how to video underwater to convince people. And with the backing of the island we started to make progress," Wood said.

Jean Wiener also fought to save coastal habitat along the impoverished coastline of Haiti. Campaigning to stop the practice of burning shoreline mangroves for charcoal and introducing sustainable fishing techniques, to guarantee food for future generations.

"We're a Caribbean nation and we still need to import fish," Wiener said.

While in British Columbia, the final winner, Marilyn Baptiste rallied her tribal nation to fight what would have been one the largest gold and copper mines ever proposed on native land. During the emotional battle, tribal elders argued that the economic and spiritual value of ancient fishing waters far outweighed the jobs promised by the so-called prosperity mine.