Good Samaritan jumps in when woman is robbed in San Jose

KGO
By David Louie
SAN JOSE, Calif. (KGO) -- There are heroes among us. I met one this morning on Santa Clara Street in downtown San Jose while I was shooting a news story. He doesn't want his name used, and he turned down an on-camera interview. But he stepped in to help and console a woman who had just had her wallet stolen as she walked down the street.

The robbery suspect was starting to run off. In fact, he pointed a large handgun at us when he turned around and saw our camera, probably assuming we had captured everything on video. All of us - the victim, the Good Samaritan, photographer Alex Gray and I - were less than 10-feet away. We anticipated gunfire.

Alex dropped to his knees. I ducked for cover, expecting to hear a shot. In the commotion, the victim and the Good Samaritan said later they hadn't seen the gun. The suspect ran off. Fortunately, no shot was fired.

Why did our Good Samaritan get involved? Because it had happened to him once, he said, and no one got involved. He didn't want that to happen to this victim.

The Good Samaritan stood by the victim's side, as you can see in the photo, giving her emotional support after a shocking incident. San Jose Police officers responded in less than a minute and stopped two possible suspects. However, neither was the gunman.

The victim is shaken but doing all right, thanks to a bystander who decided to step into the fray and offer support.

We do have heroes among us. 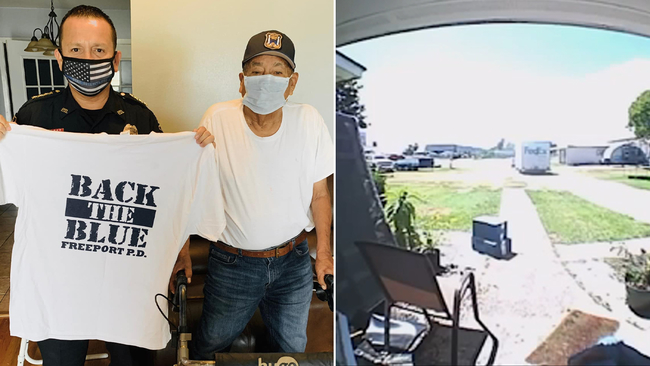