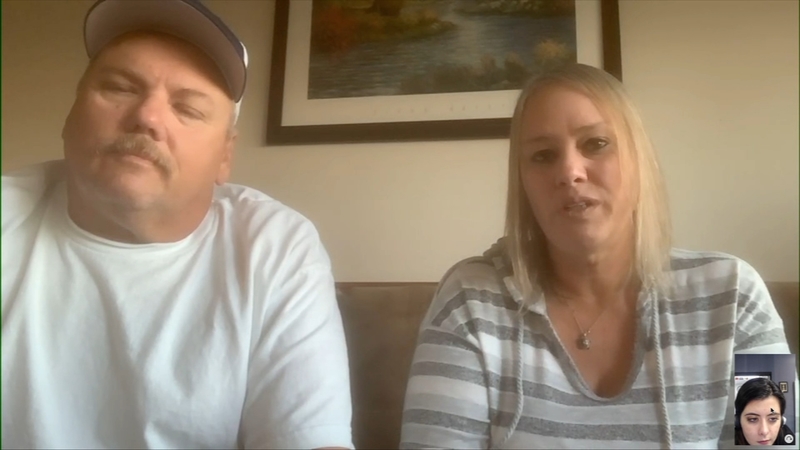 FRESNO, Calif. -- For weeks, Don and Denise Turner have called the Marine Corps Air Station Miramar in San Diego home after being quarantined.

"We have a cleaning crew that comes around twice a day and brings our meals," Don said. "They have their hazmat suits."

For nearly a month, they, along with Denise's parents, have been forced to isolate in their rooms at the base and get tested for the virus.

"They do temperature checks twice a day, and we got tested last Monday," Don said. "Got our results and we're both negative. Her parents are both negative too."

The couple says boxes are placed by the doors to pick up dirty linen and towels, while crews donned hazmat suits as they cleaned the base.

"Every hallway, plant, doorknob, they come through twice a day and wipe it down," Don said,

Don says slowly, folks have been released as they've gone from over 500 people at the base down to nearly 200.
They've also received grim news along the way.

"We got the news that one of our shipmates passed away in Travis," Don said. "We also have 40 people total, and some have been released that tested positive. Some are in the hospital in critical."

But finally, there was some relief for the Tuners as they expect to be released and head home to Merced on Tuesday.

Folks are still being asked to stay home. The Turners say that this time, they'll be able to be closer to family.

"Trust me, we know how much it sucks to be locked up," Denise said. "That's the only way to stop the spread."

For more news coverage on the coronavirus and COVID-19 go to ABC30.com/coronavirus