While the Port of Oakland and companies that need cargo are relieved, some truckers say all the cargo creates an expensive new problem for them.

OAKLAND, Calif. (KGO) -- There will be two ships arriving at the Port of Oakland from Hanjin, which declared bankruptcy two weeks ago.

One of them, The Hanjin Greece, made its way under the Golden Gate Bridge just after 4 p.m. Wednesday with 450 containers for eager businesses that have been anxiously awaiting their arrival.

A second ship, with a much smaller load, will arrive on Friday.

While the port and companies that need cargo are relieved, some truckers say all the cargo creates an expensive new problem for them.

For the first time since last month, a Hanjin cargo vessel is arriving at the Port of Oakland, almost two weeks to the day since the South Korean shipping company declared bankruptcy.

The Hanjin Greece will offload 450 containers, full of everything from tablets to tennis shoes, headed to companies in the Bay Area and beyond.

"They'll have to pay the cargo handling fee in order to retrieve those containers but they will have the ability to get the products they need to put on the shelves in their stores and be able to do their business with the parts that they need from those containers," Port of Oakland's Marilyn Sandifur asked.

Already, Hanjin containers are beginning to stack up at yards around the port.

"We have nowhere to take them. We're just stacking them up in our yard to the best of our ability for our customers," Impact Transportation's Ron Cancilla said.

The reason is that while the companies receiving the cargo are paying terminal operators up front to offload the goods, the shipper, Hanjin, has no plans to pick up the empties.

That means many truckers will be stuck with them.

These charges could be in the hundreds, even thousands of dollars for a single empty container.

With more than 500 Hanjin boxes expected at the Port of Oakland this week, these stacks and the charges that come with them will likely grow much higher. 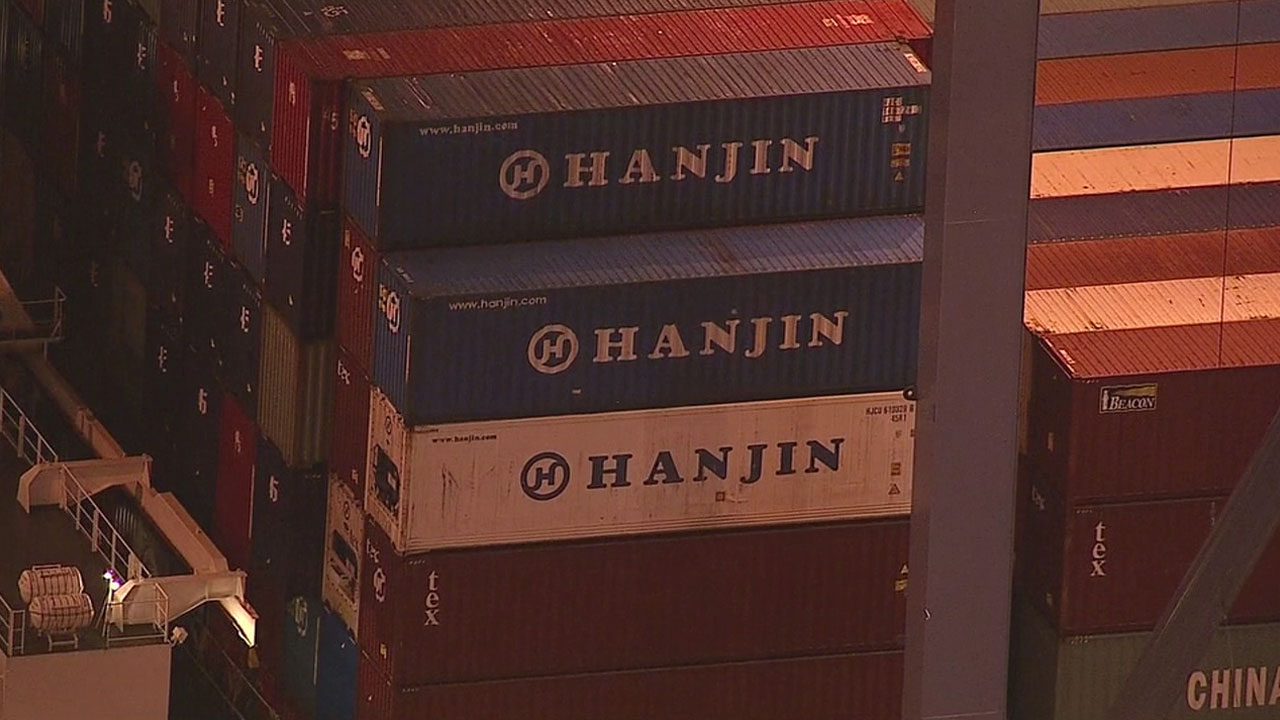