ONLY ON ABC7NEWS.COM: SFPD calls on witnesses to help solve quadruple homicide 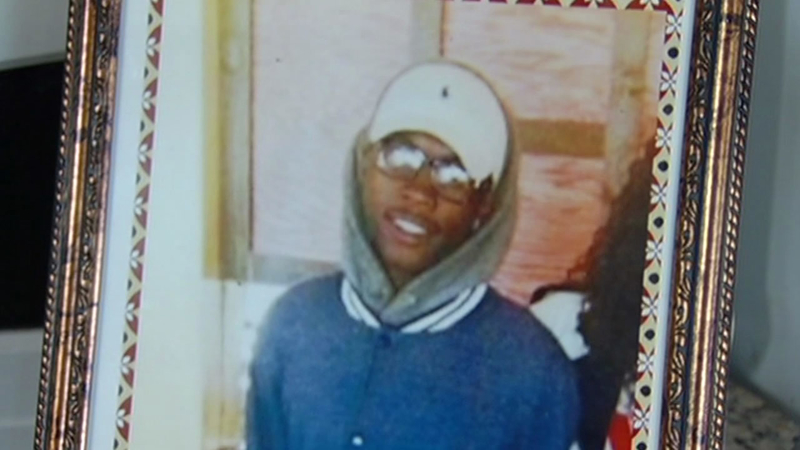 SAN FRANCISCO (KGO) -- It was one of the most violent killings in recent memory. Four people were ambushed and killed execution-style in San Francisco's Hayes Valley neighborhood.

It happened in January and as of today, there are still no arrests to comfort the grieving families of the victims.

Life since January has been excruciatingly difficult for Sala Chandler, who lost her son Yalani Chinyamurindi, 19, when he was killed on January 9.

He was her pride and joy. "He loved music, so he was really into the creative arts," Chandler said.

He was a spiritual young man and a participant in the Star Project, a mentoring program for bright students.

All of that ended when police say four gunmen fired shot after shot into the car in which he was a passenger.

Three others with him died in the car, which was double parked on Laguna Street.

Police believe they know who the killers are. The are members of a Western Addition gang who may have ambushed the victims because they were on their turf.

Chinyamurindi was on a lunch break from Benihana restaurant where he worked as a host.

He walked to the Western Addition neighborhood and then called his mom saying he was cashing his paycheck. "Those was the last words that I heard from my son," Chandler said.

A co-worker who was walking with Chinyamurindi says he saw a friend in a passing car and asked for a lift back to Benihana.

It's been three months and police have not made any arrests. Police told ABC7 News, solving this case is a high priority.

They recovered the killers car days after the shooting. It was a rental from the Hertz office in Walnut Creek and they are awaiting lab results from evidence in that car.

But most importantly, they have no witnesses. "That's all we're missing at this point. We like I said, have a lot of physical evidence. We just need someone to come forward and let us know what they saw that night," San Francisco Police Department Homicide Department Lt. Tony Chaplin said.

"And whoever can help with the prosecution and the investigation of this case, really needs to step up and talk to the police department and provide that vital piece of evidence to make the arrest and prosecution in this case a reality," San Francisco district attorney spokesperson Alex Bastian said.

Police say they have asked the mayor's office to approve a reward in this case and hope that will encourage witnesses to come forward.

In the meantime, Chandler and the other families wait for justice.