California is facing a projected deficit of $54.3 billion.

4.6 million Californians have filed for unemployment since March 12, Newsom said.

"We are at a time that's simply unprecedented," he said.

During the Great Recession in the late 2000s, 2.2 million Californians were unemployed, with the peak in 2010.

To balance the shortfall, Newsom is proposing to cut $6.1 billion from a variety of programs as part of next year's budget.

After a record budget surplus that allow programs to grow, Newsom says it breaks his heart to have to make cuts.

Combined with money from two other funds, he's proposing using $8.8 billion in reserve funds for the 2020-2021 fiscal year.

The $203 billion budget proposed Thursday is about a 5% decrease from the current year's.

The budget proposal also includes a 10 percent pay cut for state workers to help with deficit.

He eliminated a proposal to provide health care coverage to immigrants over 65 living in the county illegally, which would've cost an estimated $112 million. He similarly seeks to cancel other plans for expanding Medicaid.

On schools, Newsom is relying on roughly $4 billion in federal coronavirus funding as one way to bring in more money.

"What is the point of government if not to protect people, the safety, wellbeing of citizens," the governor said.

House lawmakers are slated to vote on the bill on Friday.

Newsom's revised budget plan will also include more than $200 million to increase the state's firefighting efforts.

That money will be used to manage a surge in wildfires California has seen this year and hire 600 new seasonal firefighters. 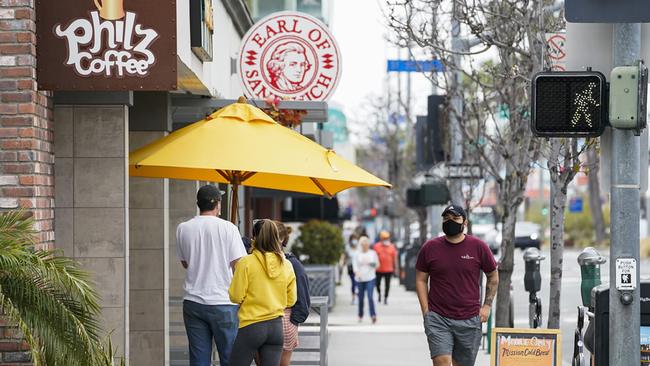