The teen brought a stethoscope so that she could hear her son's heart beating inside him.

Watch the moment this mom hears her late son's heartbeat in a 14-year-old boy for the first time.

METAIRIE, Louisiana -- When Maria Clark's son, Nicholas Peters, died nearly two years ago in a car crash, she said she knew immediately she wanted to donate the 25-year-old's organs.

"I said, 'We can't bury all of this magic, that we have to share,'" Clark, the mother of three surviving children, told "Good Morning America," describing her son as "the life of the party."

"He was always a people person, helping everybody, going out of his way to make sure you knew you were special," she added, and said, "everybody was 'Team Nick.'"

Clark, of Madisonville, Louisiana, said she also knew that Nicholas ' wish was to be an organ donor. So, with the blessing of her family, his organs were donated to people across the country.

Unbeknownst to Clark, one of the recipients was located less than three hours away.

In September 2020, in nearby New Iberia, Louisiana, Jean Paul Marceaux, 14, was on a waiting list for his second heart transplant.

Jean Paul, now a seventh-grade student, was just 2-years-old when he contracted a virus and developed cardiomyopathy, a condition in which "the heart muscle's ability to pump blood is reduced," according to the Centers for Disease Control and Prevention (CDC).

After being on life support for six months while waiting for a new heart, Jean Paul underwent a heart transplant at age 2. But over a decade later, his heart began to fail, according to his mom, Candace Armstrong.

"When he got the first transplant, we knew the probability of him having to get a second one was highly likely," she said. "He ended up in the hospital in June 2020."

Jean Paul spent the entire summer in the hospital, fighting for his life, before the family got the call they were waiting for in September, notifying them that a heart was available, according to Armstrong.

"It's such a dichotomy because you are hoping for it because it's going to sustain your son's life, but you know what this is attached to," she said, describing receiving the call as a "flood of emotions."

"I know another mother is having what I have been praying to not happen. It's a very unusual circumstance to be in," Armstrong said.

Clark said she knew her son's heart had been donated but did not know to whom at the time.

In most cases of organ donation, families are told to wait one year before reaching out, and it is the donor family that is able to make the outreach.

Armstrong said they never heard from the family of Jean Paul's first heart donor, but less than a year after his second transplant, they received a letter from Clark that put a name and face to the donor.

"The whole 10 years that we never had a response from our first hero's family, we still honor this family and this hero, but it's just not tangible. We never had a face. We didn't know who it was," said Armstrong. "For Jean Paul to actually know a person and to connect with him and the family, it was the first time it had ever happened for us."

Clark said she could not wait a full year to learn more about the people, like Jean Paul, to whom her son had given new life. She said she also wanted to write to the recipients to "tell them about the life they had in them."

"I wrote right away," she said. "I wanted to know where his organs are. I want to know that they're okay, that they're doing fine and moving on with their lives and their health."

Clark and Armstrong both said they connected immediately after the letter, talking on the phone and staying in touch by text and on Facebook, with Armstrong sending updates on Jean Paul's recovery.

"She showed me a video of him dancing at his first prom and I said, 'That's Nick. He's getting it. That is Nick,'" Clark recalled. "I was really happy about that."

Because they live less than three hours away from each other, Clark and Armstrong planned an in-person meeting, one that was delayed due to the coronavirus pandemic and Jean Paul's need to stay isolated to protect his immune system, according to Armstrong.

Once Jean Paul had improved after the transplant, even returning in-person to school, the two families met for the first time in-person on May 14 in New Orleans. Their meeting was organized by the Louisiana Organ Procurement Agency, the nonprofit organ and tissue recovery agency for the state.

Armstrong and her son brought a stethoscope to Clark so that she could hear her son's heart beating in Jean Paul.

"He came in and he just hugged me. He had a strong hug, just like Nick did," Clark said. "And then to hear the heartbeat, it was so strong and so full of life."

"It came through the stethoscope so strong, just beating like a drum," she said of Jean Paul's heartbeat. "I was so connected to him because he was so much like Nick."

Armstrong said she and her family consider Clark and her children and grandchildren now part of their family "forever." She said they have photos of Clark's son throughout their home, including one on a bookcase in Jean Paul's room.

"We feel like we know him," said Armstrong. "We talk about him, Nick, like he's part of his family, and he is. It's not donor anymore, it's Nick."

Both Armstrong and Clark said they hope their story inspires others to become organ donors and support organ donation.

"Nobody wants to talk about what happens when somebody passes away. It's an uncomfortable situation," said Armstrong. "But it's very important because someone like Jean Paul, he wouldn't be alive if it weren't for organ donation."

In the United States, more than 100,000 adults and children are currently on the national transplant waiting list, according to the Department of Health and Human Services.

Among organ donations, there is a particular need for Black donors, data shows. While nearly 29% of people on the organ transplant waiting list are Black, they comprise only around 13% of organ donors, according to HHS's Office of Minority Health.

"I've learned that there's a huge lack of donations from the African American community," said Clark. She is African American, as was her son. "And when you get that phone call or that notice that there is nothing they can do, there is something you can do to help them by donating organs and letting your loved one live on through others."

Clark said that while she misses her son "every day," she finds comfort knowing that Peters, whom she described as someone who loved to exercise and eat well, is now helping countless other people lead healthy lives.

"I just know he's in heaven, dancing and looking down saying, 'Well done,'" she said, adding that she feels another message from her son too. "He's like, 'I'm not finished with you yet, Mom, I've got more stuff coming.'" 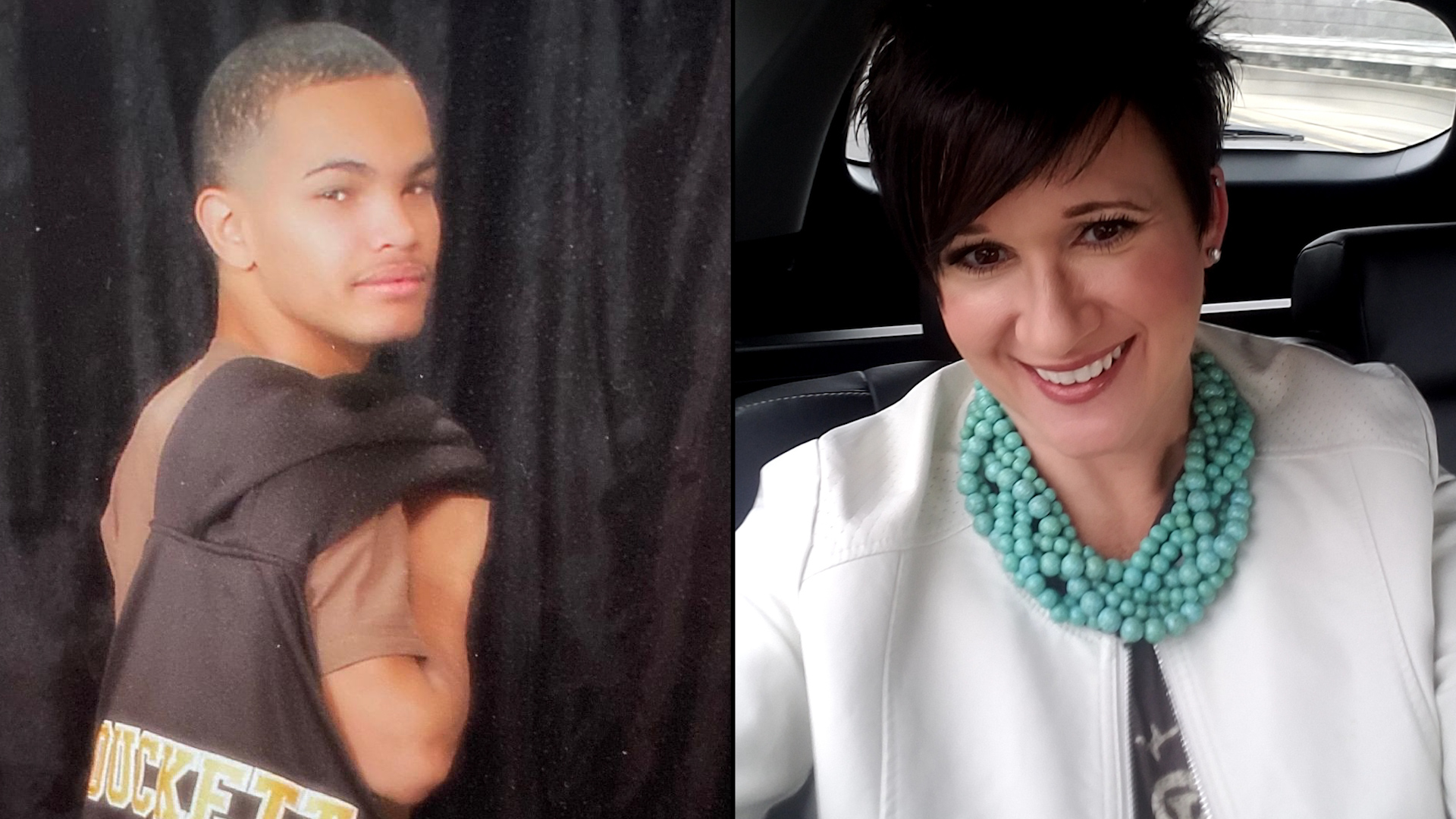 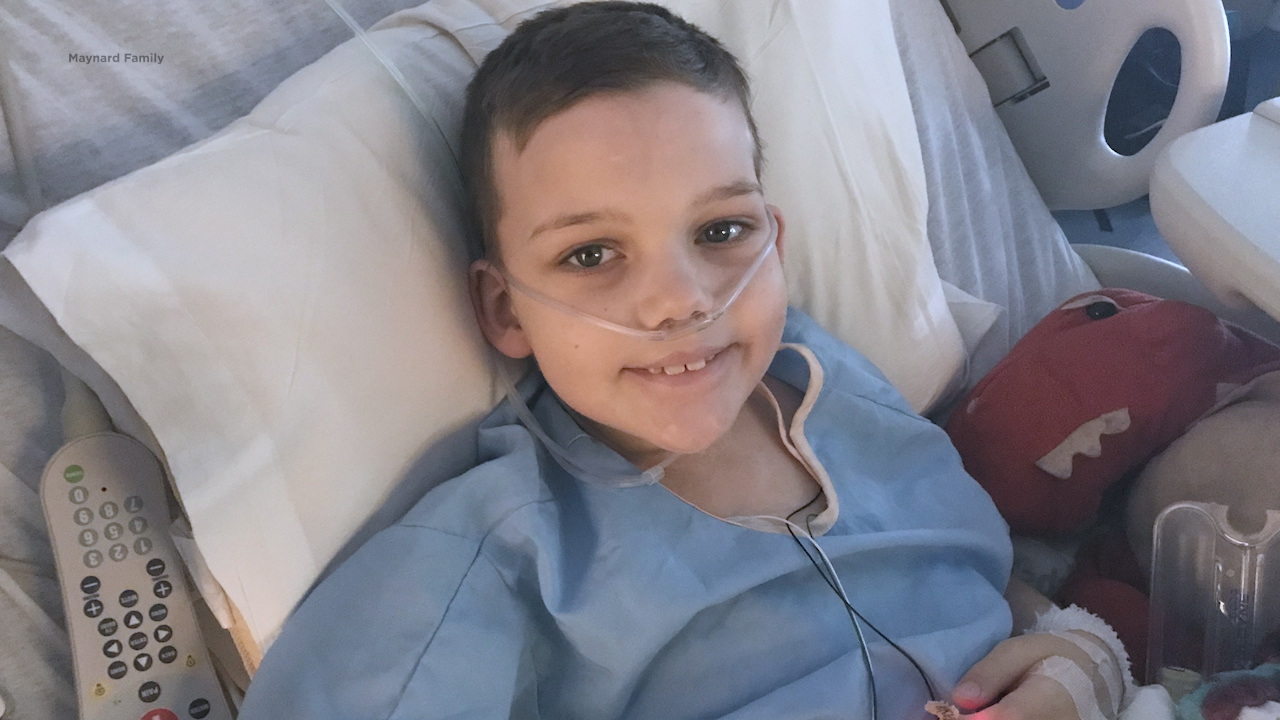