"Some of them were calling our kids 'Edgar' and 'Juan', and 'Do you need a burrito?'"
KFSN 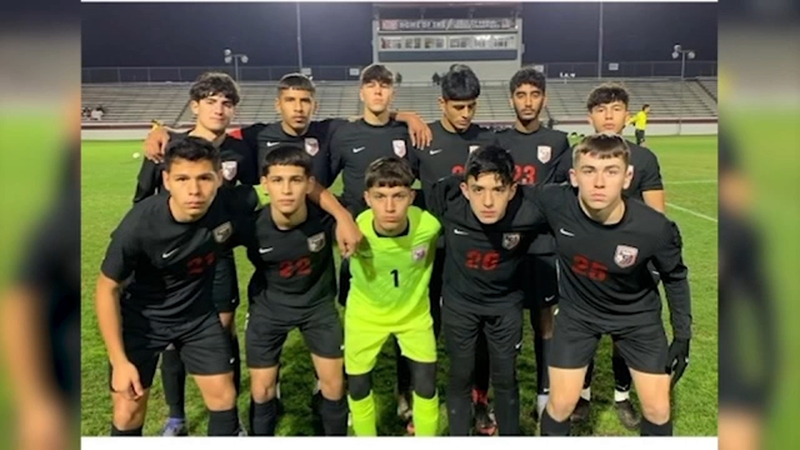 SANGER, Calif. -- A Valley soccer team from Sanger in the Central Valley was left speechless after parents say they were the target of racial insults from the opposing side.

The Sanger High School soccer team traveled three hours north to De La Salle High School in Concord on Tuesday, ready to play their hearts out in the state quarterfinals.

Then parents were shocked to hear alleged racist remarks against them and their children.

Fans for both teams were sharing one bleacher, and moments before the game, Sanger parent Chris Martin was approached by someone working the press box, representing the opposing team.

He says the conversation left him uneasy.

"The sense I kept getting from him is that he kept referring to the color of the tan, like, 'Oh it must be very hot out there, everyone I am seeing has a tan'," Martin recounts.

Once the game kicked off, the intensity was felt on the field and the bleachers.

"Some of them were calling our kids 'Edgar' and 'Juan', and 'Do you need a burrito?'" Martin says.

Ultimately, Sanger lost 3-4, and as everyone prepared to leave, the man who initially approached Martin and multiple parents came back, and they say, shouted racially charged comments.

"He just yells out: 'This is America. You guys need to learn English' towards one of the fathers that are Latino, have dark skins and his son, one of the heroes on our team," says Martin.

The Sanger community was speechless.

The Sanger Unified School District released a statement saying they are a vibrant and diverse school district that values each and every student and has zero tolerance towards any action that degrades, dishonors or belittles their vast diversity.

"We have spoken with CIF and the Sanger High principal and with individuals here as we continue to investigate," said Holquin.

As schools prepare to reopen, Asian American, Black and Hispanic families are opting to keep their children in distance learning at disproportionately high rates.

Martin and other parents say their drive home Tuesday evening felt even longer as they reflected on the hurtful words and experience.

Action News reached out to the California Interscholastic Federation Office and has not heard back.

This is an ongoing investigation.