4 displaced after house fire in Saratoga on Christmas Day 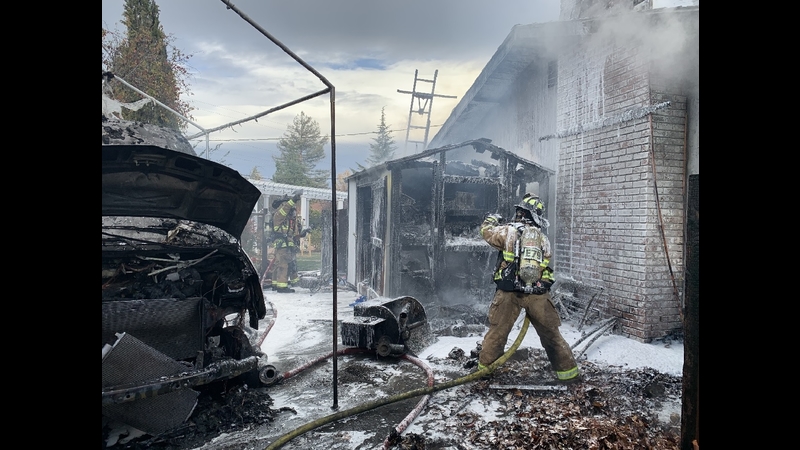 No one was injured in the fire on Charters Avenue in Saratoga about 2 p.m. Friday.

Hazardous materials crews secured the gas line and stopped the flow of gas, while other crews worked to prevent the spread of fire to the home and attic.

This afternoon, #SCCFD firefighters controlled a fire involving the exterior of a home & ruptured gas line in @CityofSaratoga. Our hazardous materials unit secured the gas line and stopped the flow of gas. No injuries were reported, a vehicle & shed were also damaged by the fire. pic.twitter.com/AO9XjblNSC

Crews had the fire out in about 35 minutes.

Part of the outside of the home was damaged by flames and smoke as was the first floor of the home.

A car and a shed were also damaged by the fire.

Four residents were displaced by the fire but did not require assistance from the American Red Cross.