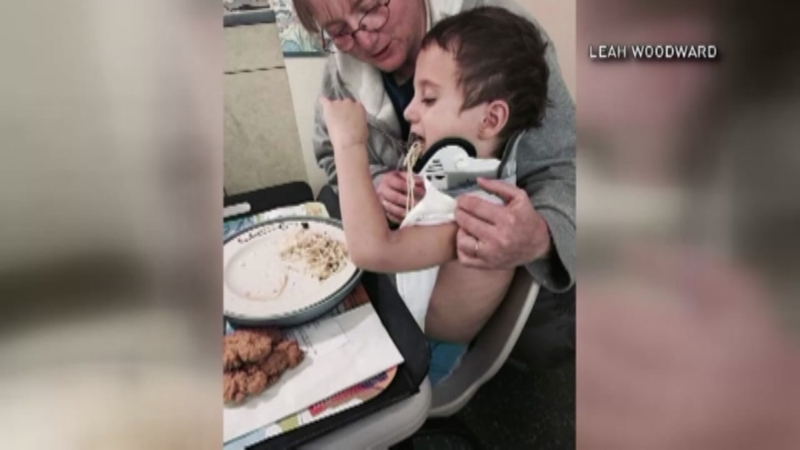 BOISE, ID -- A little boy is alive after being internally decapitated after a violent crash.

The family of 4-year-old Killian Gonzalez credit a total stranger for holding his head perfectly still when his skull separated from his spine, a rare injury that kills most victims.

The boy and his mother, Brandy, were traveling back home to Nevada after celebrating his birthday when their vehicle began to skid.

Their vehicle collided with another SUV just as Woodward and her husband, a Nampa police officer, were coming down the hill.

"We could hear a kid screaming, a little baby screaming," Woodward says, "and my husband took a hitch...somebody had a hitch...and he smashed out the back window of Brandy's vehicle."

When the Good Samaritan made her way inside the vehicle, she realized just how bad the boy's condition was.

"I'm trying to stay calm but inside I'm panicking," Woodward says. "And I'm thinking I don't know what I'm doing. And it was the worst feeling I've ever had to not know how to help."

Woodward held Killian's head straight for over half an hour.

The boy ruptured his spleen, broke his arm and multiple ribs. But the most serious of Killian's injuries was the separation of his skull from his spine.

The good news is the boy is now in recovery, eating, walking and even sitting up by himself.

Brandy broke her arm, femur and the top of her tibia. Her ankle required a bunch of pins, she says, but she too is in recovery.