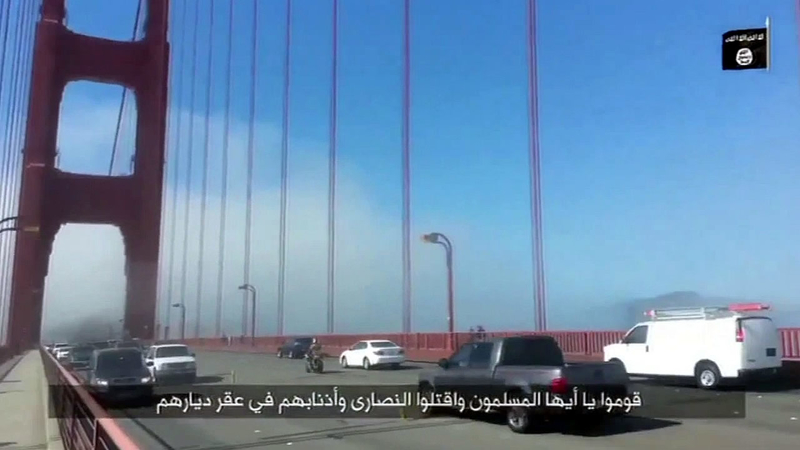 The video features the iconic Golden Gate Bridge and buildings in San Francisco's Financial District.
On Monday, spokespeople with the San Francisco Police Department and FBI said they are aware of the video, but that there are no credible threats to the Bay Area.

Retired military member Scott Mann now runs a counter terror non-profit. "They should be concerned because ISIS is not about just spewing things out, Al-Qaeda isn't either, but when ISIS tells you they're going to do something, they typically do it, they don't mince words," he said.

The video also features clips of a press conference the Council on American-Islamic Relations had in Orlando condemning violence. "There is a fine line where American Muslims are walking where anti-Muslim activists, presidential candidates and so on are spreading fear of our community and at the same time extremists, terrorists and so on are also threatening violence against our community," Council on American-Islamic Relations Executive Director Zahra Billoo said.


Las Vegas Metro police also say the video is not a credible threat, but rather an attempt by the terrorist group to inspire and motivate other lone actors.

Click here for full coverage on the mass shooting in Orlando.