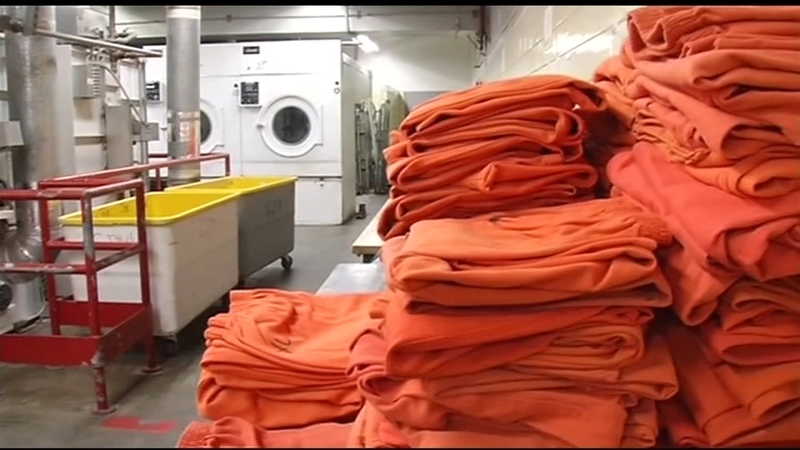 SAN JOSE, Calif. (KGO) -- Among the challenges many shops and restaurants face to re-open June 15, is staffing up. While Labor Department statistics released Friday show a slight decrease in the unemployment rate, analysts say a modest rise in hiring confirms the shortage of workers.

A San Francisco staffing agency has a solution that requires a leap of faith by employers. It's part of the changing workplace as we Build A Better Bay Area.

Staffing services are eyeing inmates released early with good behavior credits, saying it could be a good source of workers to ease the shortage facing restaurants and other service sector businesses. There are 76,000 inmates eligible for early release from state prisons.

"If you know how to do it, and you do it right, you can find some really great diamonds in the rough," said Steve Scher, chief operating officer of NxtGen Staffing with offices in San Francisco and Honolulu. He believes people needing a second chance are ideal hires. They're motivated, he says, to start a new life with a little training, which his company is focused on.

San Quentin State Prison, the oldest and most notorious prison in California, has become a place to teach soon-to-be-released inmates the tools they need to survive on the outside, like making banana pudding.

"You've trained them, and they're ready for the interview. They get in front of the hiring manager. They get the job. They make the most of it, and it's almost life-changing for them," Scher said.

One of his Bay Area success stories involves a woman who was behind bars for 13 years.

"Not only did she thrive, but she thrived so much that the hiring manager called me, and they not only offered her a full-time job, but they offered her stock options as well. That changed her life," Scher said.

Jason was a long-time drug user, now clean for 12 years. A company took a chance on him, and the income helped him pay for college.

"A lot of people like myself are just really good people and really hard workers," said Jason Tannahill. "We want, we really want to do good, and it's just a matter of getting the opportunity to do so."

His previous drug use and what he called "missed opportunities" cost him his marriage and custody of his child. He was also homeless for a period of time.

Make-A-Wish Hawaii has been using the staffing agency Aloha, which has ties to NxtGen, that taps into these often overlooked workers for its fundraising events.

"None of our guests at these parties have ever had a negative experience," said Trini Kaopuiki Clark, Make-A-Wish Hawaii's president and CEO. "They've never questioned, you know, their work ethic or anything."

In San Francisco, a Fair Chance Ordinance gives job applicants support by not allowing employers to ask about arrests or convictions until after a job has been offered.