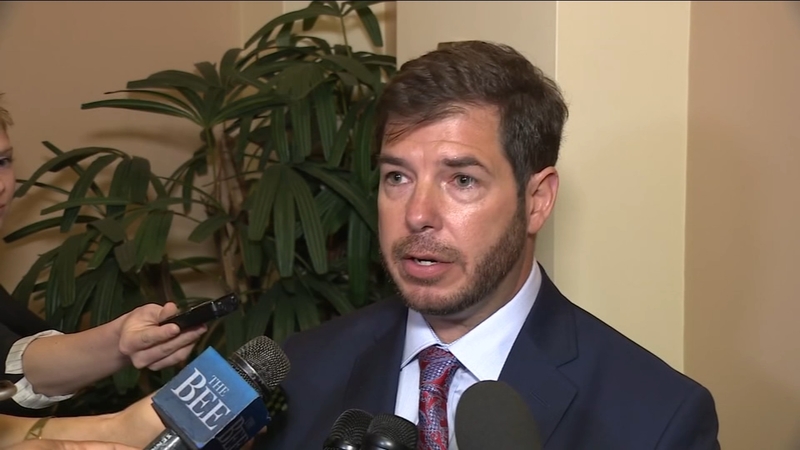 FRESNO, Calif. -- California State Assemblyman Joaquin Arambula (D-Fresno) has been arrested on charges of willful cruelty to a child.

According to a law enforcement document, Arambula was arrested Monday afternoon on the charge, which is a misdemeanor offense.

Fresno Police Chief Jerry Dyer tells Action News that the arrest came after Child Protective Services was called out to Dailey Elementary Charter School in Central Fresno on Monday afternoon after a child was found to have an injury.

VIDEO: Chief Dyer explains what led to the arrest of Assemblyman Arambula


After interviewing the child, Child Protective Services asked the Fresno Police Department to come to the campus. After seeing the evidence of the child's injuries and reviewing the child's statement, police determined that Joaquin Arambula was responsible for the injury.

Chief Dyer says that based on the evidence and the statement of the child, that the incident occurred at about 8:30 pm on Sunday.

On the advice of his attorney, Arambula refused to give Fresno Police a statement.

Joaquin Arambula was taken to Fresno Police Headquarters to be processed and cited for the crime and he was immediately released after promising to appear in court.

Chief Dyer says that the law prohibits the Fresno Police Department from releasing the identity of the victim.

When asked for a comment on the charge, the Assemblyman's office released a statement that read: "Joaquin is a committed father who wants what is best for his children. He is fully supportive of the process, which will show he is a loving and nurturing father."

Chief Dyer says that the injured child is no longer in an environment where there is any contact with Joaquin Arambula and has been placed with a relative. The chief also says that Arambula does not pose a risk to any other children.

For this type of child abuse charge, Arambula could face up to one year in jail if he is convicted.