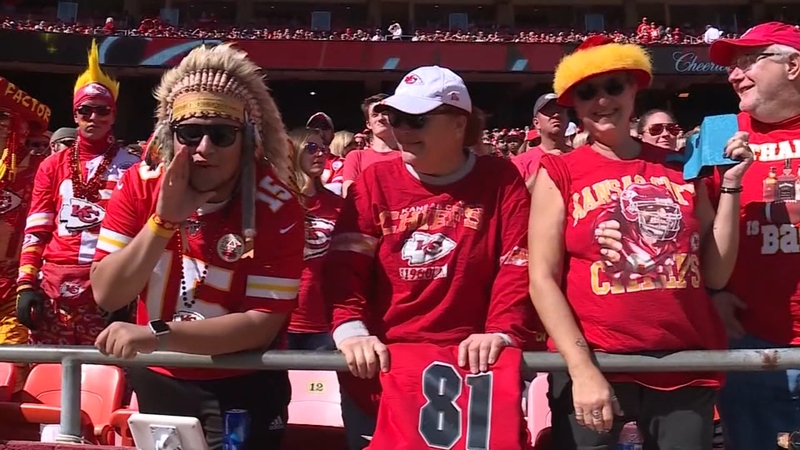 "As an organization, our goal was to gain a better understanding of the issues facing American Indian communities in our region and explore opportunities to both raise awareness of American Indian cultures and celebrate the rich traditions of tribes with a historic connection to the Kansas City area," the NFL team said in a statement.

The team noted that although it has discouraged fans from wearing headdresses for several years, the latest update will prohibit them from the stadium

Face painting is still allowed, but only if the paint is not styled in a way that references or appropriates American Indian cultures and traditions.

A statement from the Chiefs.https://t.co/WriuBdYDiU

Fans wearing American Indian-themed face paint will be asked to remove it before going through security.

"We are engaged in a thorough review process of the Arrowhead Chop [team chant] and plan to have additional discussions in the future," the statement continued.

"They're definitely showing that they care and that they are listening," Native American Chiefs fan Emmitt Monslow told KMBC.

Monslow is Cherokee and Choctaw.

The Chiefs are also in discussion to modify their Drum Deck in a way that "maintains a unifying effect between fans and players but better represents the spiritual significance of the drum in American Indian cultures."

They're hoping the new drum tradition can symbolize the heartbeat of Arrowhead Stadium.

The team plans to continue other cultural traditions including the Blessing of the Four Directions, the Blessing of the Drum, and inviting members of tribes with a historic connection to the region to participate in the American Indian Heritage Month Game.

With the changes, the Chiefs announced they are considering creating a formalized education program regarding Native American representation.

The announcements come after the NFL's Washington franchise announced it was retiring its logo and "Redskins" name last month.

After being pressured by corporate sponsors, the team decided to be called the Washington Football Team this upcoming season while they work to settle on a permanent name change.

What will the Washington Redskins' new name be? Here's what we know about the change coming to one of the NFL's oldest franchises.