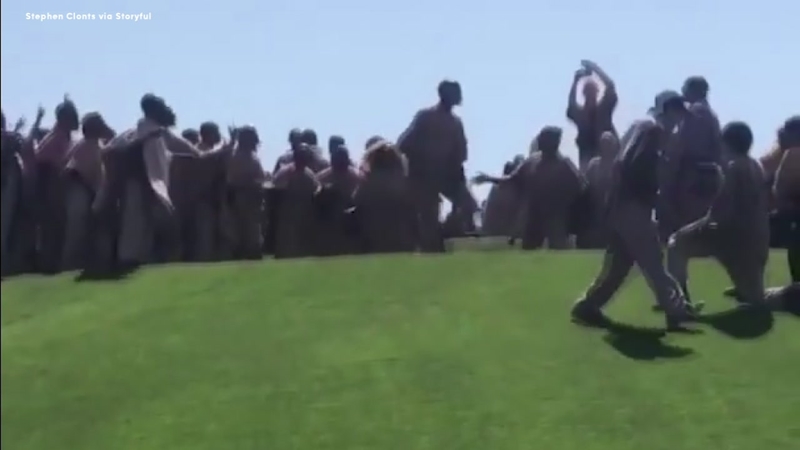 The rapper held a special Sunday service on Easter, also live streaming it on YouTube.

The event lasted three hours and featured celebrity friends like Chance the Rapper, Teyana Taylor, DMX and Kid Cudi, according to ABC News.

The service included a full band and massive gospel choir dressed in shades of pink and purple.

West even dropped in some of his songs like "Lift Yourself," "All Falls Down," and "Otis."

As he concluded his song, "Jesus Walks," he fell to his knees, appearing to be praying.

West reportedly was slated to headline the two-weekend event before pulling out due to a clash with organizers.

The performance was a continuation of West's viral "Sunday Service" performances that have been captured through his wife Kim Kardashian's social media.