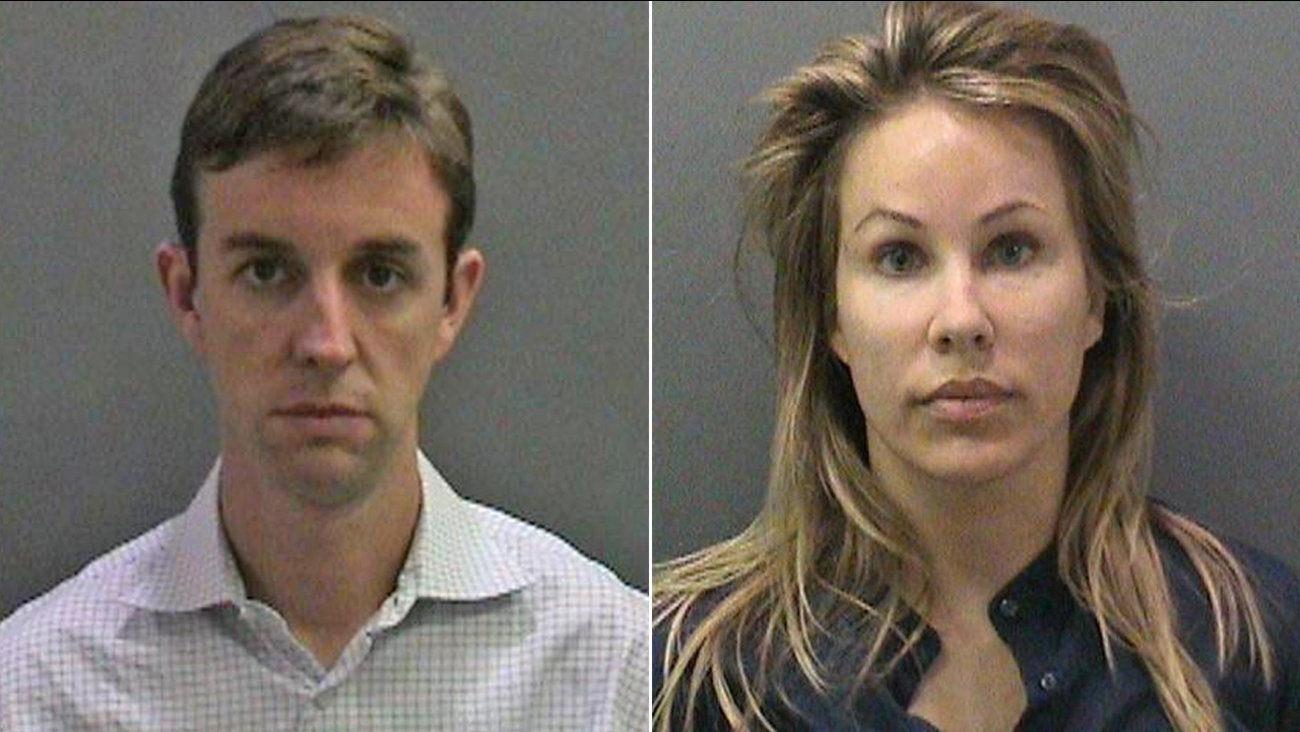 Jill and Kent Easter, parents of an Irvine elementary school student, were arrested for allegedly planting drugs on a parent volunteer at their son's school.

IRVINE, Calif. -- An Irvine attorney who plotted with his wife to plant drugs in an elementary school parent volunteer's car was sentenced to six months in jail on Friday.

Kent Easter, 40, was convicted of one felony count of false imprisonment by deceit on Sept. 10 after a retrial.

His wife, Jill Easter, 41, pleaded guilty to the same charge on Oct. 30, 2013. She was sentenced to one year in jail and three years of probation.

In 2010, Jill Easter became angry with a parent volunteer because she didn't think the woman was properly watching her son. The following year, the couple plotted to have the parent volunteer arrested.

Shortly after midnight on Feb. 16, 2011, Kent Easter drove to the parent volunteer's home and left a bag of Viocdin, Percocet, marijuana and a marijuana pipe behind the driver's seat of the woman's car.

Later that day, he called Irvine police and submitted a tip with a false name. During the call, which was caught on surveillance video, Kent Easter named the parent volunteer and accused her of driving erratically, then parking at the elementary school and hiding the drugs in the car.

Upon investigation, officers found the bag of drugs and contacted the parent volunteer, who denied it belonged to her. The parent volunteer was detained and questioned and her home was searched before she was cleared. She had been in a classroom during the time Kent Easter claimed to have seen her hide drugs.

Both Kent and Jill Easter were members of the State Bar of California.