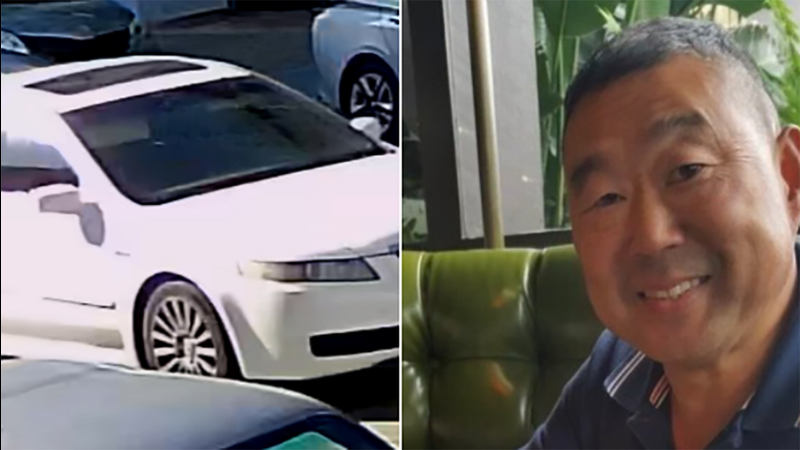 OAKLAND, Calif. (KGO) -- Nearly a month after the murder of Kevin Nishita, a TV news security guard who was shot while protecting a news crew on assignment in Oakland, Poilce Chief Leronne Armstrong says the department has two suspects in custody. And officers are "closing in on a third suspect."

"We feel strongly that we've identified a third suspect as well that we are seeking right now with the help of our law enforcement partners," he said.

Chief Armstrong confirmed one of the suspects arrested was the owner of the 2005 White Acura recovered last week believed to be used in the crime. The chief would not identify either suspect but did confirm both were arrested on unrelated charges.

Breaking: Two suspects are in custody believed to be involved in the murder of #KevinNishita & police are looking for a third suspect @ChiefLeronne confirms. #abc7now

"The arrest that was made were for other crimes they committed, warrants for their arrest, etc... but the homicide charges are coming," the chief said.

Nishita was shot while protecting a KRON 4 reporter in downtown Oakland on November 24 and died from his injuries days later.
RELATED: TV news guard fatally shot in Oakland remembered as 'caring, courageous' at memorial

On Monday, police announced they had recovered a car matching the description of the getaway car.

The chief says the help from the community was critical and added once all three suspects are prosecuted, the district attorney will determine who will receive roughly $32,000 reward, which is expected to happen soon.

"In the next coming days, I feel confident that the district attorney will charge this case and we will be able to come before the public and say the three individuals responsible for the murder of Kevin Nishita have been charged with that crime," Chief Armstrong added.

The department says they have no reason to believe Nishita's murder was anymore more than a crime of opportunity, but expect more clarity once the third suspect is arrested.

"Our investigation continues and I think once we're able to apprehend the third suspect ... I think we'll better understand all of their roles and motives for actually committing the crime," he said.

Earlier this month, law enforcement from multiple Bay Area agencies showed up as part of a public memorial at the San Jose Civic Auditorium for Nishita.

Before working as a private security guard, Nishita worked as a police officer in Hayward, Colma and San Jose.

If you would like to make a donation to Nishita's family, a trust fund has been set up by Star Protection Agency on their behalf and deposits can be made at any Metropolitan Bank.
Kevin Nishita Trust Fund
Metropolitan Bank
381 8th Street
Oakland, CA 94607