COVID-19 limits Korean War remembrance to a man, his wife, and a wreath in SF's Presidio 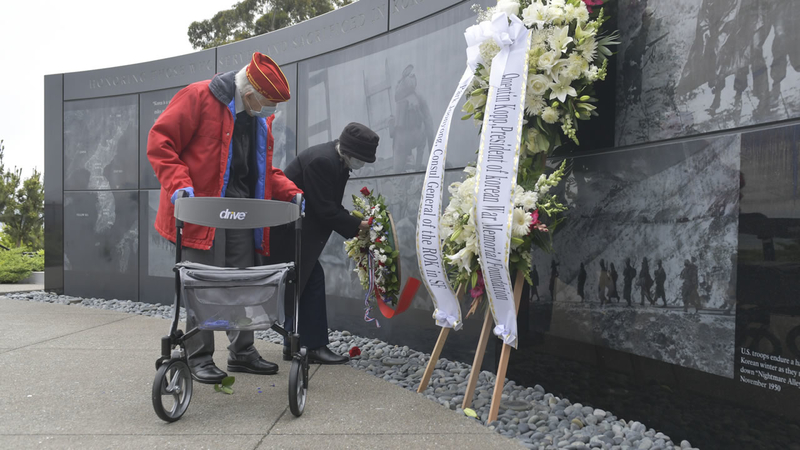 COVID-19 limits Korean War remembrance to a man, his wife, and a wreath

SAN FRANCISCO (KGO) -- Some of the longest walks in life can also be the shortest, at least symbolically. At the Korean War Memorial in San Francisco's Presidio, we witnessed one such walk on Thursday.

"We lost a lot of good men. And we do not give a lot of recognition to them," said retired Marine Lt. Colonel John Stevens.

In years past, this remembrance of the Korean War anniversary has always drawn a large crowd, but the Presidio won't allow that now. Not with COVID-19.

This June 25, we had retired Lt. Colonel John Stevens and his wife, Joanne, laying a wreath. "We make trips out here fairly often just to say hi to his hold buddies," she told us.

Between 1950 and 1953, the United States and lost more than 36,000 troops in Korea. The toll for other nations exceeded more than a million, combined, in a conflict that has never formally ended. Americans call it The Forgotten War. 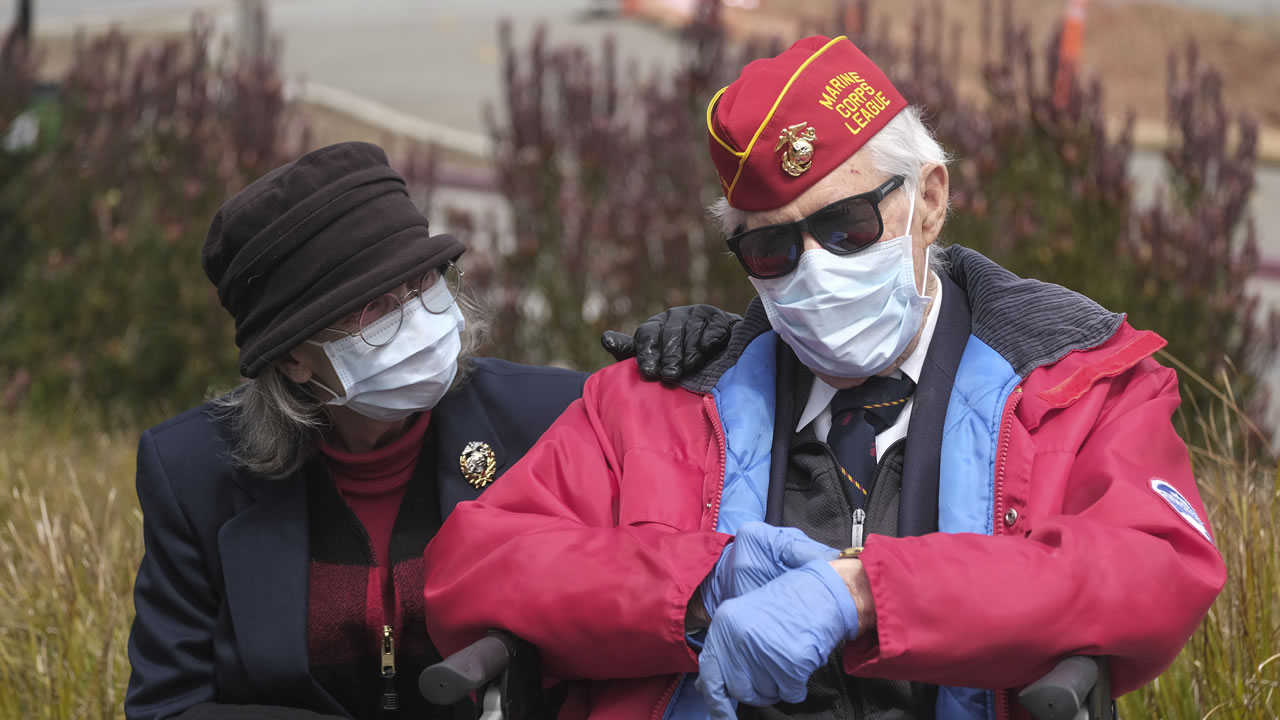 Lt. Colonel John Stevens and his wife, Joanne, are pictured at the Korean War memorial in San Francisco's Presidio on Thursday, June 25, 2020.

"Well, people ask me when is the last time you were in Korea. I say last night in my dreams. It's in my blood," said Korean War veteran Wallace Stewart. "Colonel Stevens is a role model to me."

If it is possible to tell the story of a war on a relatively small wall, this one does. You won't find every name, certainly, but each major moment. This memorial would not have happened without Colonel Stevens, who became battle-hardened in World War II before Korea.

"What is it like being surrounded?" we asked him.

"Gave you a lot of targets."
In his 90s, Colonel Stevens worked seven days a week to raise the money and support to finally get the memorial built in 2016. "We need to have people know about wars so we can prevent wars in the future."

And so, there was one quiet moment of fulfillment and remembrance in the Presidio Thursday morning. One walk. One wreath, with a few simple words reading, The Forgotten War. And in spirit, at least...still one ramrod straight Lt. Colonel, 70 years down the road, imbued with old soldier wisdom.