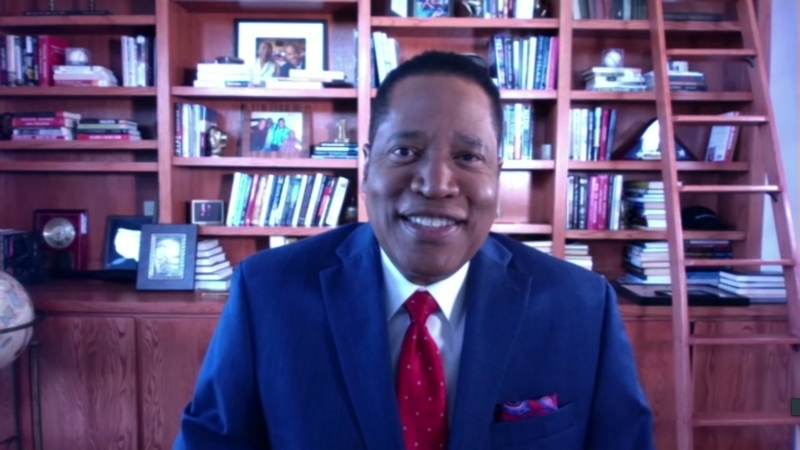 A new poll from the Berkeley Institute of Governmental Studies found that among voters most likely to participate in the recall, Elder has the most support, followed by San Diego businessman John Cox, former San Diego mayor Kevin Faulconer and Assemblymember Kevin Kiley.

In an interview with ABC7 News this weekend, Elder made his pitch for governor, gave his position on vaccine and mask mandates (he's opposed to both) and addressed climate change and its impact in California.

According to a new poll from the Public Policy Institute of California, 63% of Californians are very concerned about climate change, especially around the increasing severity of wildfires and drought.

When asked about this issue, Elder said he does believe in climate change and global warming but, despite research showing it's a key factor in the increasing severity of wildfires, he said he is "not sure" climate change has played a role in California's fires.

"I'm not sure it's because of climate change," Elder said when asked by ABC7 News anchor Liz Kreutz if he believes that's why wildfires across the state have gotten worse.

Instead, Elder blamed Gov. Newsom for his mismanagement of the forests and not doing enough fire suppression. "He's managed these fallen trees poorly, he's not cleared the dry vegetation the way he said he would," Elder said.

Elder said he would "hire the best experts and make sure we do the kind of forest management that's necessary."
Fifty-seven percent of Californian's forest land is owned and maintained by the federal government, not the state.

When it comes to the pandemic, Elder said that he is vaccinated but that he is against vaccine mandates.

Watch the full interview with Elder in the media player above.