Nine people have been injured after a balcony suddenly collapsed at a beachfront California home.

MALIBU, Calif. -- Nine people have been injured after a balcony suddenly collapsed at a beachfront California home, causing the victims to plummet about 15 feet onto the rocky shore below.

The incident occurred at approximately 5 p.m. on Saturday afternoon at a beachfront home just off of the Pacific Coast Highway in Malibu, California, according to our Los Angeles sister station KABC.

Witnesses say that the group had gathered at the home on Saturday for a birthday party when the deck collapsed.

Investigators say the deck's integrity combined with the weight of too many people likely caused it to buckle and send the victims crashing onto the rocks below, according to a report from KABC.

A total of nine people were injured in the collapse, including four who were taken to be treated at the hospital. The extent of the injuries suffered in the accident have not been disclosed by authorities but none of the injuries seem to be life-threatening.

"We are looking at approximately 10 to 15 feet ... Down below are jagged rocks, large rocks, so a very dangerous situation and fortunately, no one was hurt seriously or killed in this situation," Captain Ron Haralson of the Los Angeles County Fire Department told KABC.

Investigators told KABC that building and safety inspectors will now assess the scene of the accident and determine if there is any structural damage to the home.

"It could have been a lot worse," a male witness told KABC. "But it is pretty awful." 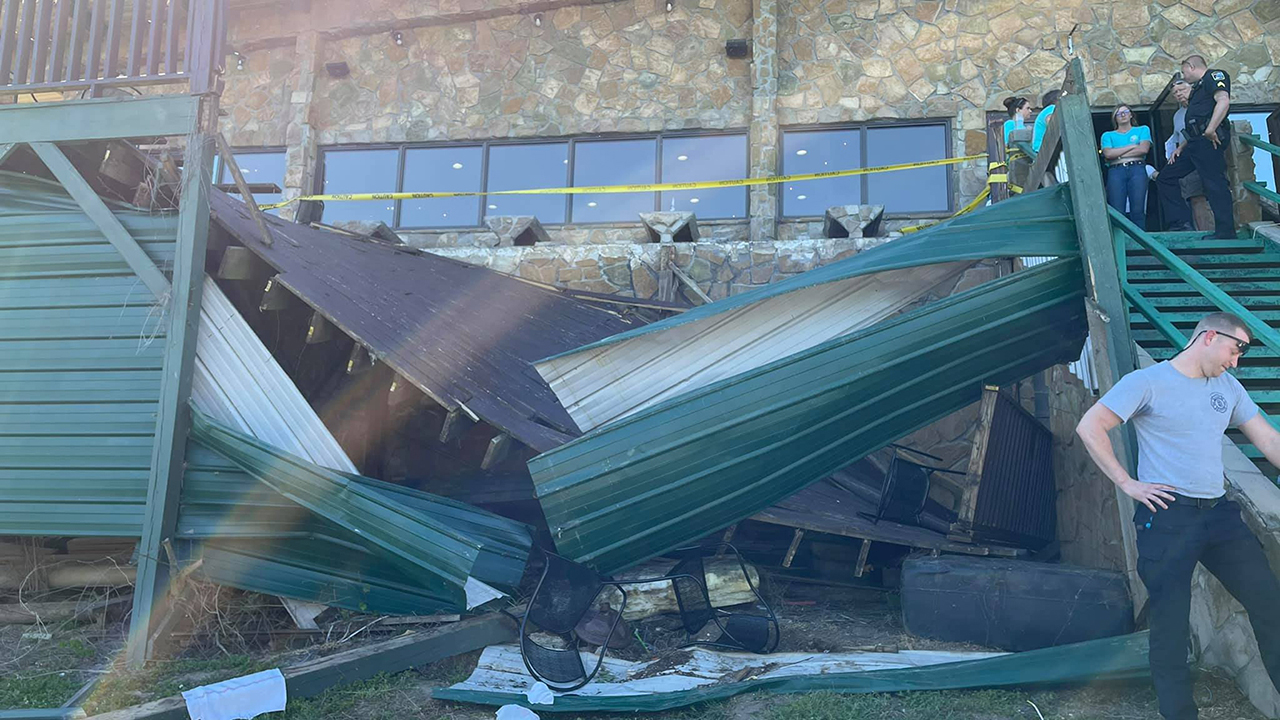 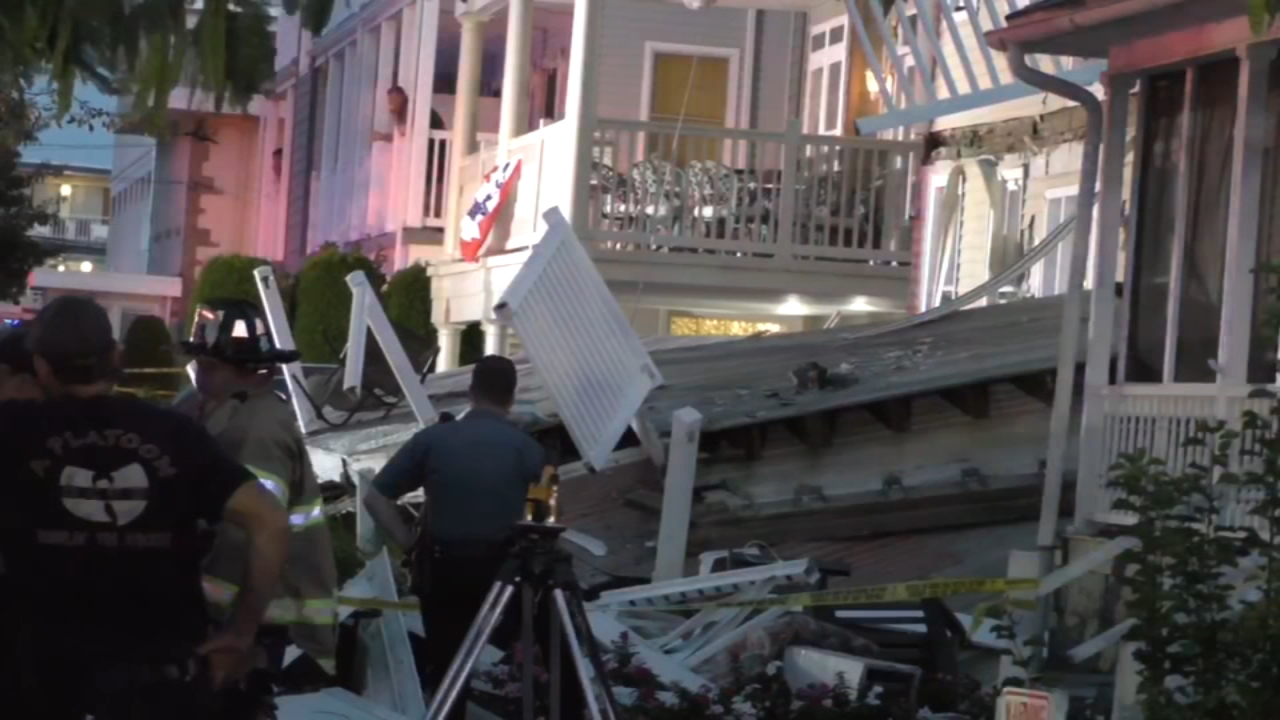 At least 22 injured in deck collapse in NJ 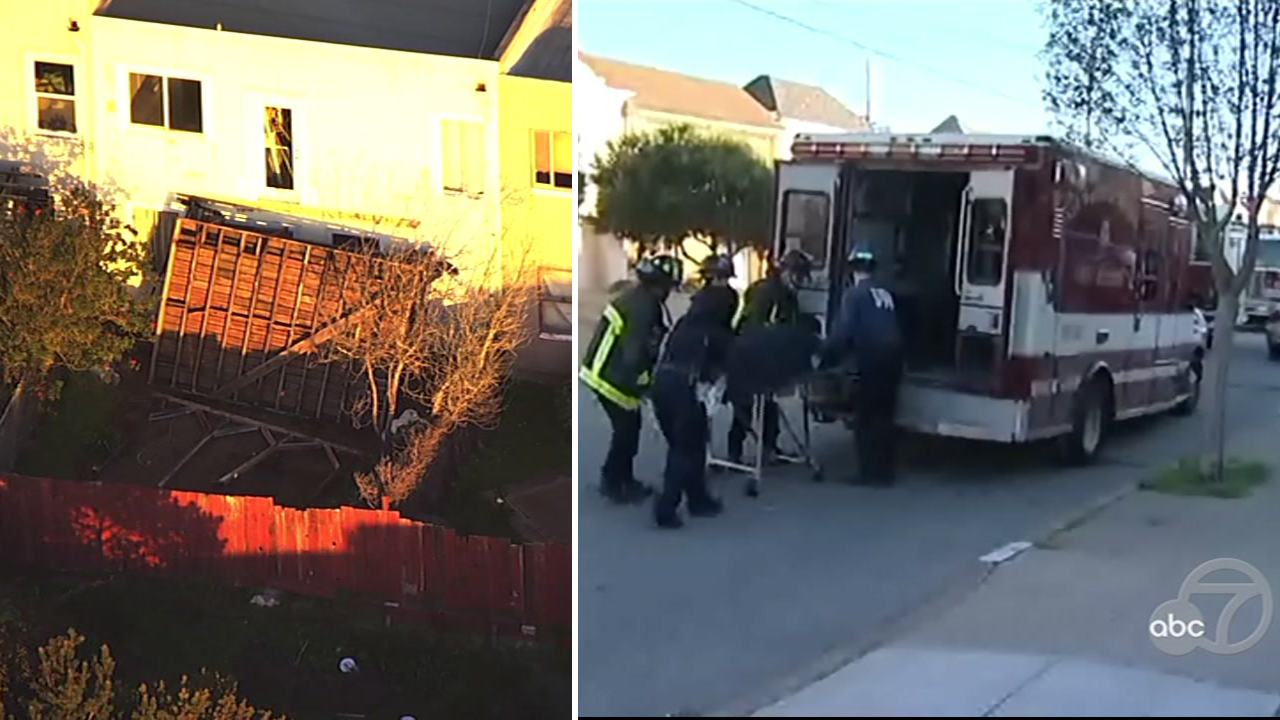