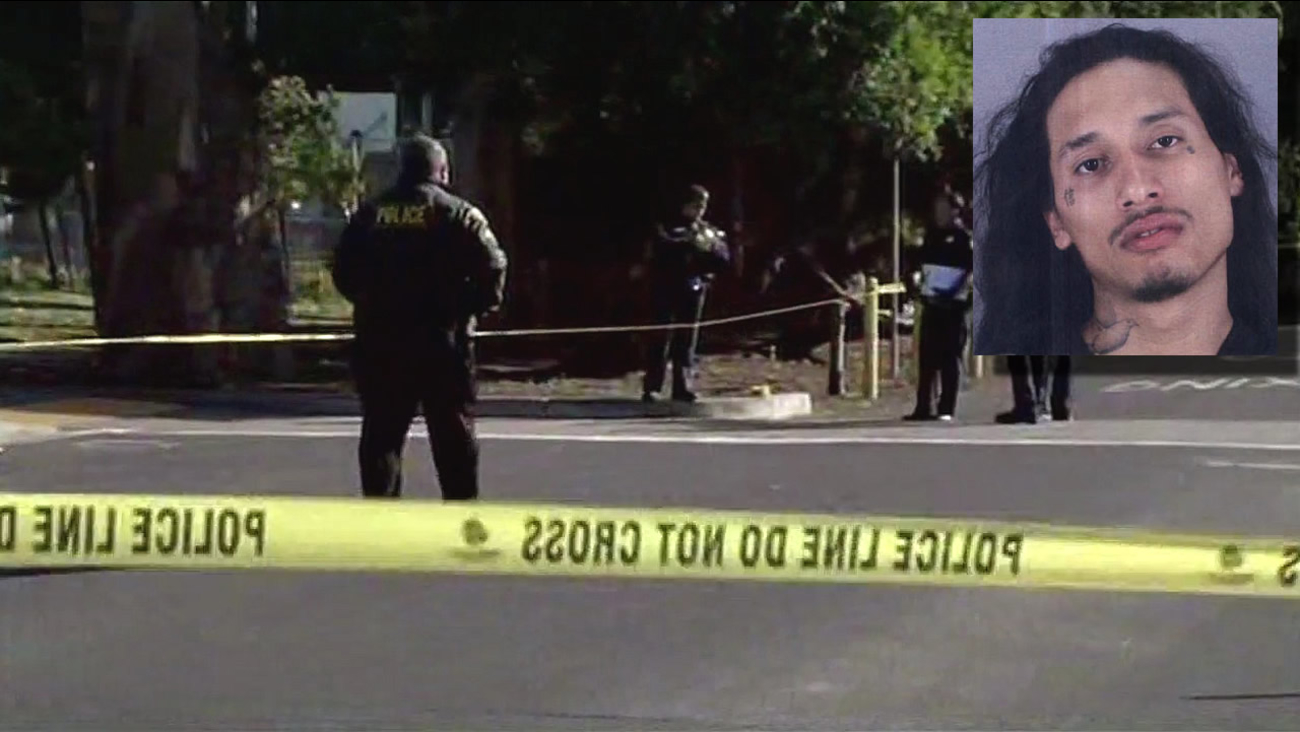 A suspect accused of shooting two men near Orange Memorial Park in South San Francisco, Calif. on Monday, April, 25, 2016 is seen in this image.

SOUTH SAN FRANCISCO, Calif. -- A 19-year-old man sought in connection with a fatal shooting in South San Francisco on Monday was arrested in Stockton, according to police.

Cristian Omar Cruz was arrested at about 2:45 a.m. in the Seaport neighborhood of Stockton, where he was located with the help of U.S. Drug Enforcement Administration agents and U.S. Marshals Service deputies.

Cruz was spotted walking down a street and was arrested without incident, police said. The firearm allegedly used in the shooting was also recovered.

He was booked into jail on suspicion of the killing of 20-year-old Nicholas Gomez in a shooting reported shortly after 2:45 p.m. Monday at Orange Memorial Park in South San Francisco.

Police said the incident was initially reported as an altercation involving a group in the 600 block of First Lane. As officers responded, they received word that the group had walked to the nearby park at West Orange Avenue and North Canal Street.

At the park, the altercation escalated and Cruz allegedly took out a handgun and shot Gomez and another man. Both victims were taken to San Francisco General Hospital, where Gomez died. The other victim was in stable condition earlier this week, police said.

Police said that the shooting is believed to have stemmed from an ongoing personal dispute between the three men and is not considered a drug or gang-related incident.

The shooting caused nearby schools and community centers to be placed on temporary lockdown.