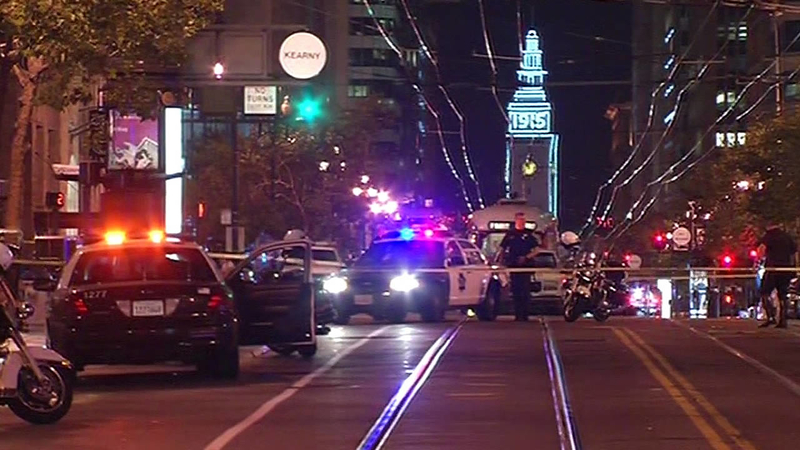 SAN FRANCISCO (KGO) -- A motorcyclist plowed into a number of people at Market and 3rd Street in Downtown San Francisco. It happened late Wednesday evening and Market Street was closed from Powell to 3rd Street for a few hours while police conducted their investigation.

San Francisco police say at 9:10 p.m. a motorcyclist struck several pedestrians who were crossing Market in the crosswalk.

Witnesses say the motorcyclist was speeding, traveling up 3rd Street onto Market.

Witness Surya Bhupatiraju was just feet away when his friend was hit. He told ABC7 News, "The motorcyclist just kind of jumps onto the curb. He's going like 30-40 mph, jumps on the curb, hits our friend, she falls face forward, and then he comes and he hits the newsstands here and in doing so, he hit someone else."

Bhupatiraju said it all happened so fast.

Police say four people were taken to the hospital, which included one with life-threatening injuries.

Witnesses say the motorcycle rider was among the injured.