The vigil was held in the wake of a mass shooting in Sacramento, and another deadly shooting at an SF playground.
KGO 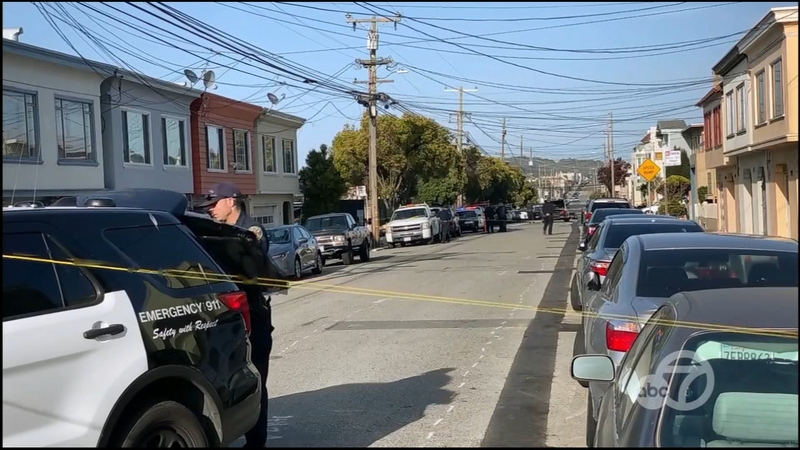 The event came on the heels of a mass shooting in Sacramento that left six people dead and a dozen others wounded. In San Francisco on Sunday, two people were killed and two people were wounded in a shooting that occurred mid-day at a playground in the Ingleside neighborhood.

"We need thoughts and prayers and so much more," the press release said.

A man who spoke to the crowd talked a lot about how the city responds to crime.

"We gotta stop caring about retail theft more than we care about people's lives," he said.

He went on to say he believes extra law enforcement should be placed in areas in our communities where kids are in danger of gun violence, and not "wherever someone breaks into a building."

"These kids are out here with semi-automatic weapons, and this has got to stop... Please stop," said another speaker, a woman whose son was killed in San Francisco.

"Our Black children are being gunned down and murdered in the Bay View. It's not being talked about, but they're dying... They got through COVID and now they're dying," she said.

The woman says she has nothing against police, "...if you can stop it stop it. Anyone who can do something to stop it, stop it."

Police are investigating a shooting that left two dead and two injured near the Alice Chalmers Playground in San Francisco Sunday afternoon.

Another woman, who also lost a son to gun violence, took the stage.

"Sick and tired of going to funerals. I've been to my own son's funeral 25 years ago," she said.

She passionately recalled the moment she had to explain to her grandson on his sixth birthday that his father had went to heaven.

"The scream I heard from my grandson on the phone, that's the scream that wakes me up every day," she said, and reiterated, "I'm tired of going to funerals, I want to go to graduations."

Dr. Rebecca Plevin of the UCSF Wraparound Project, who is also a trauma surgeon, said, "Violence is an epidemic and a disease in our communities and we have to do more to fight it."

Wraparound works to find the root causes of violence that lead to fatalities in the community.

"Enough is enough," Dr. Plevin said. "I will continue doing everything I can in every way that I can."