"It was planned without notice or outreach. All of our merchants are disappointed."
KGO
By Cornell Barnard 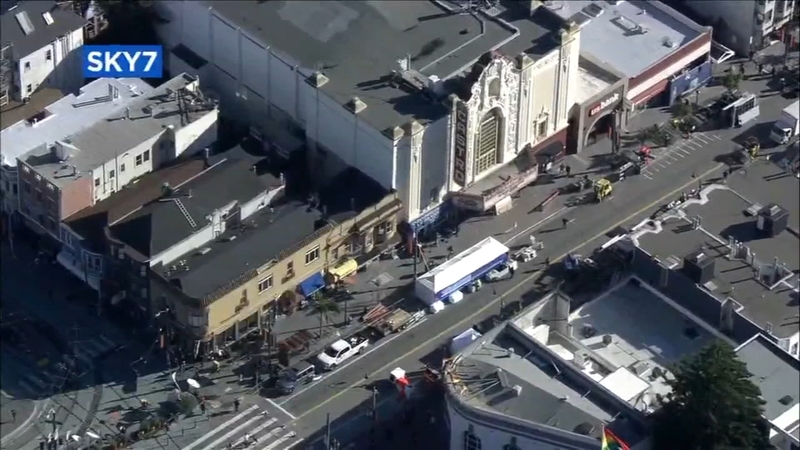 SAN FRANCISCO (KGO) -- Hollywood is coming to the Bay Area this weekend. The newest Matrix film installment is making its U.S. premiere in San Francisco, the same city where it was filmed.

But not everyone is excited about the red carpet event. Small businesses say street closures around the event may keep holiday shoppers away.

Fans have been waiting a long time for the newest installment of the "Matrix: Resurrections," which was filmed in San Francisco. It's where the highly anticipated movie will make its premiere.

Crews have been busy with red carpet construction and set up outside the Castro Theater for the Saturday premiere but not everyone is star struck.

Castro Merchants Association President Masood Samereie is upset that the city and the studio which made the film, Warner Bros., didn't give advance warning to businesses that Castro Street would be closed to traffic all weekend.

"It was planned without notice or outreach. All of our merchants are disappointed," said Samereie.

They say the timing is bad, the last weekend before Christmas.

"This is the busiest retail shopping weekend of the year, and they're getting shut down. It's like shutting down Times Square on New Year's Eve for a private party," said business owner Mario Mogannam.

"You can't take parking away a week before Christmas. We're counting on it. We only came close to 2020 retail numbers last weekend," said Cliff's Variety co-owner Terry Asten Bennett.

Bennett says her business was down 20 percent Friday.

"It's great this premiere is coming to San Francisco but I agree, it's been handled poorly with business owners," said San Francisco Supervisor Rafael Mandelman.

Mandelman believes merchants are owed something.

"There ought to be compensation to them, a payment, they ought to get it," he added.

ABC7 News reached out to Warner Brothers studios in Hollywood about the premiere but have not heard back.

In a statement, the San Francisco Film Commission told us in part:

"This premiere is putting San Francisco and the Castro on the world stage...we realize this production is causing inconvenience and hope the additional foot traffic as a result of this event will make up for this impact."

Small business owners say they will survive the inconvenience but are hoping holiday shoppers will come and spend money.