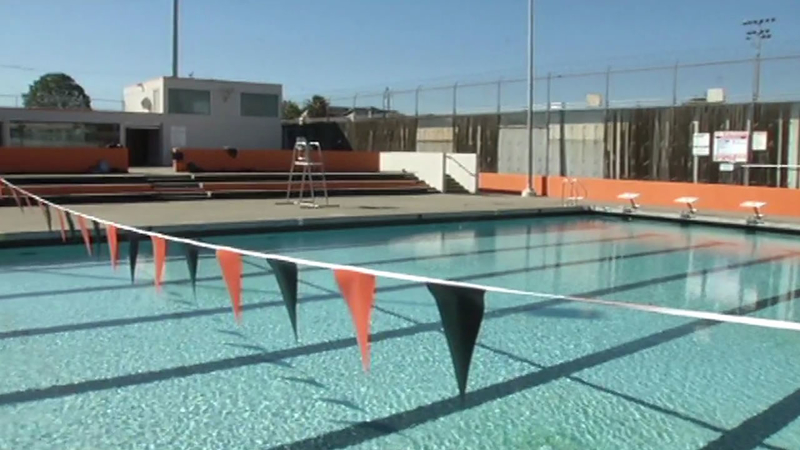 OAKLAND, Calif. (KGO) -- When it comes to exposure to swimming, African Americans are usually left far behind. There are many implications of not having access to swimming pools.

In Oakland, a community got together to reopen a gem that had been lost for years.

It was a moment of exhilaration for students on Tuesday. It has been 25 years since McClymonds High School in West Oakland had a swim program.

Only the public on weekends had access, but that was eight years ago before it officially closed.

"We can come together, meet people and kids can stay out of trouble," one student said.

"It's like a form of relaxation from what goes on outside of campus," another student said.

After aligning resources, the school district and Alameda County decided to reopen the pool. "This shows a good faith effort by our partners and our district that the investments are going to be made to revitalize the school and return it to its glory days," Principal Tinisha Hamberlin said.

But reopening the pool is also about safety.

In fact, when we talk about high school students, African Americans have the highest rate of death by drowning among all racial groups.

"I've never gone to a school where they've had one, so I've never tried it out," student J'Mya Gray-Martinez said.

Even the principal acknowledged she's not a swimmer but is willing to learn.

"A lot of times at Mack, it seems resources and things are just going away and they are not caring. This is like the unleashing of hope," student Jared Utley said.