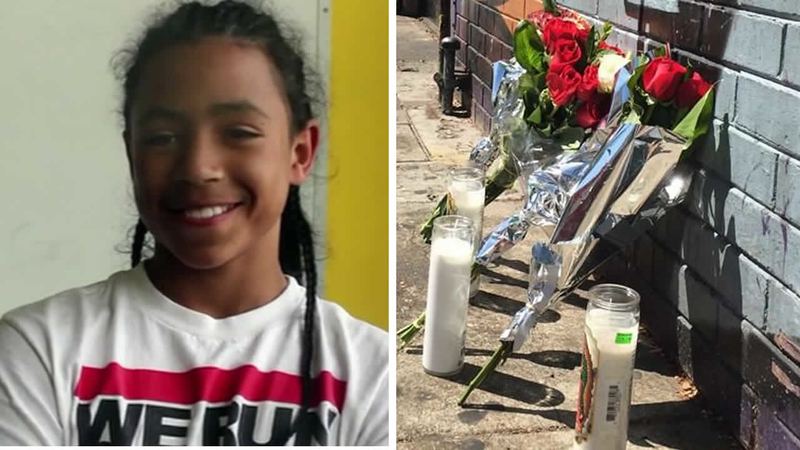 Arrest made in fatal stabbing of teen in San Francisco

SAN FRANCISCO (KGO) -- San Francisco police have arrested a 14-year-old boy in connection with the stabbing death of 14-year-old Rashawn Williams, who was a freshman football player at Sacred Heart Cathedral Preparatory school.

Though the suspect will not be named since he is a juvenile, San Francisco Police Chief Greg Suhr tells ABC7 News that the victim and suspect both went to the same middle school.

The community is devastated. People are coming together to pay their respects where Rashawn died. They've brought flowers, candles, and handmade posters with his picture. The loss is felt there and at his high school, where he was only a week and a half in to a promising academic career.

It's a crushing start to the school year. At Sacred Heart Prep in San Francisco, students and staff are dealing with the violent loss of the 14-year-old. The school has released a stabbing on the stabbing.

His cousin Jamar Williams is a junior at the school.

"When I found out that he didn't make it through surgery, I dropped my phone instantly," he said. "I was in tears and just crying. I just sat outside on my front porch, and I was just thinking about all the good times I had with my little cousin."

Rashawn was a 4.0 student and a freshman on the Sacred Heart football team. He told his cousin he was hoping to play defense.

San Francisco police say he was stabbed outside Rubin's Market at 26th and Folsom Tuesday night around 7 p.m. The clerk says he had just bought candy.

Rashawn's mother was nearby. She rushed him to the hospital, where he died.

Flowers and candles now mark the spot. Rashawn's aunt and uncle came to see the memorial. They say their nephew was smart and popular, and they believe his killer is a fellow teen who'd been threatening him on social media.

"He had a lot of friends, all that stuff, and the little boy was jealous of him ever since from kindergarten to 8th grade," said the victim's uncle, Elwood MacMurray.

Police, however, have not revealed a motive in the killing.

Andrea Valencia of Mission Local shared a video of Rashawn with ABC7 News. When he was in seventh grade, he took her class on journalism. She says he was very smart.

"He was like, one of the first few students who raised his hand," Valencia said. "And said he wanted to talk about politics and racism."

A bright future cut short. A sweet spirit that will live on.