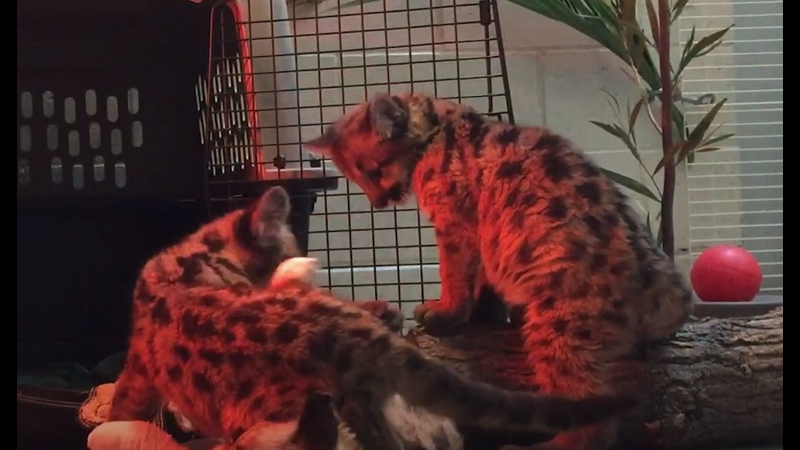 They are all orphans who were rescued from the Zogg Fire in Shasta County.

A CAL FIRE firefighter found Captain Cal wandering alone with with severe burns on his paws.

California Fish & Game brought him to the Oakland Zoo for treatment.

The sisters were found a couple of week later without their mother but otherwise in good condition.

Three's company! 🐱🐱🐱#CaptainCal and our 2 orphaned mtn lion females finally got to meet each other "paws-to-paws", as you can see, it was a heartwarming hit! As our head vet Dr. Herman put it: "Rough and tumble, then a long snuggle."

The three cubs were put into the same pen for the first time this week.

The zoo called it a "heartwarming hit."

The zoo says the cubs can't be released back into the wild.

But they will have each other until a permanent home can be found.

This image shows a mountain lion cub rescued from a wildfire in Shasta County, Calif. in September 2020.