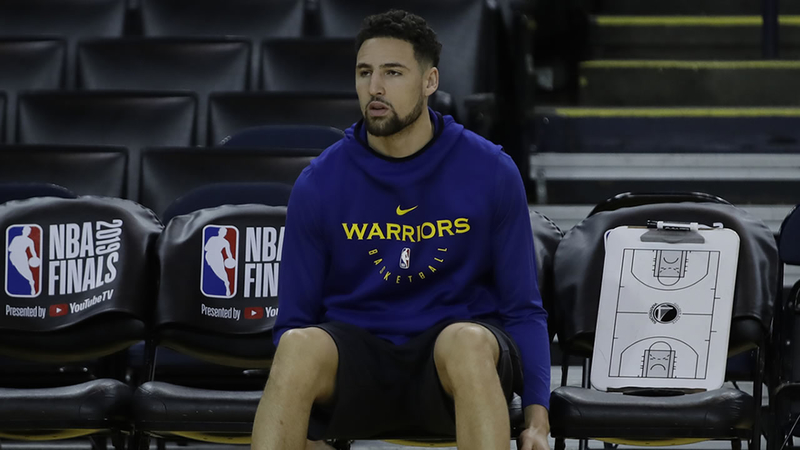 OAKLAND, Calif. (KGO) -- Golden State Warriors guard Klay Thompson will return for Game 4 of the NBA Finals on Friday, according to Yahoo Sports.

Thompson was a game-time decision on Wednesday, but the Warriors' staff ultimately decided to hold him out, despite the All-Star swingman pushing to play.

"The whole point was to not risk a bigger injury that would keep him out of the rest of the series," Warriors coach Steve Kerr said. "So that was the decision we made, and I feel very comfortable with it. Never would have forgiven myself if I played him tonight and he had gotten hurt. So you live with the decision you make, you make a wise decision, the wisest one you can, and then you live with it and move forward.

Thompson injured his left hamstring in the fourth quarter of Game 2 in Toronto and exited for the remainder of the contest.

As for Kevin Durant, Warriors head coach Steve Kerr noted before Wednesday's game that the two-time Finals MVP continues doing more each day in his workouts and is on track to participate in some 3-on-3 scrimmages on Thursday.

The team is cautiously optimistic that Durant will make his return for Game 4.

Stephen Curry scored 47 points in the Dubs 123-109 loss to the Raptors in Game 3 of the NBA Finals last night. The Raptors hold a 2-1 series lead.