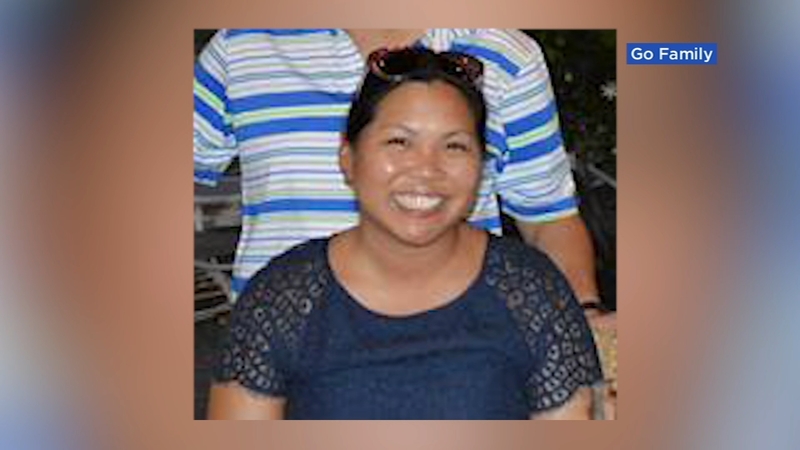 NEW YORK (KGO) -- An East Bay family says they are in a state of shock trying to comprehend the loss of a loved one in a senseless act of violence. Police say 40-year-old Michelle Alyssa Go was shoved onto the tracks in front of an oncoming New York City subway train at the 42nd Street-Times Square station on Saturday.

Go was born in Berkeley and grew up in Fremont. She graduated from American High School and UCLA, then later moved to New York to attend business school.

Her family, who released a statement following her death, say they are in shock from the tragic loss.

"We are in a state of shock and grieving the loss of our daughter, sister, and friend. We hope Michelle will be remembered for how she lived and not just how she died. She was a beautiful, brilliant, kind, and intelligent woman who loved her family and friends, loved to travel the world and to help others. Her life was taken too soon in a senseless act of violence, and we pray that she gets the justice she deserves. Thank you for your condolences."

The 40-year-old woman who was killed this weekend at the Times Square subway station is being remembered.

Police say the 40-year-old, who worked as consultant for the management firm Deloitte, was pushed onto the tracks as a southbound R train approached the station. Go was pronounced dead on the scene.

The suspect, who the NYPD identified as 61-year-old Simon Martial, is set to be arraigned in court but is currently being held at Bellevue Hospital with a police guard.

"This incident was unprovoked and the victim does not appear to have had any interaction with the subject," Police Commissioner Keechant Sewell said. "This was a senseless, absolutely senseless, act of violence.

NJ Burkett has new information on the victim who was shoved on the tracks and killed by an oncoming train - and the suspect who is now in police custody.

Officials say Martial fled the scene but eventually turned himself in.

He confessed shortly after his arrest, while proclaiming himself "God." Investigators say he is homeless and emotionally-disturbed with several prior arrests. Martial has been arrested and charged with murder.

"She clearly had a very strong passion for working one on one with these populations in need," said Dayna Cassidy, President of the New York Junior League. "She was a very compassionate soul who wanted to be rewarded by that direct impact and directly working with those individuals and watching them evolve over time."

"We're going to get them the support they need, get them into shelter, and ultimately into housing," Hochul said.

The initiative seemingly in effect was not effective in this incident.

In fact, the NYPD's transit chief said that officers were at the opposite end of the very same platform when Go was killed.

"We had a very robust plan in place today. Unfortunately, you know, these incidents do occur. But they're rare," NYPD Transit Division Chief Kathlee Reilly said.

That comment did not sit well with Mayor Adams, who continued to insist that the subways are safe despite rising rates of violent crime.

"The chief did not, and is not, sending the signal that being a victim of a crime is inevitable and it's not controllable in our stations," Adams said. "When you have an incident like this, perception is what we're fighting against."