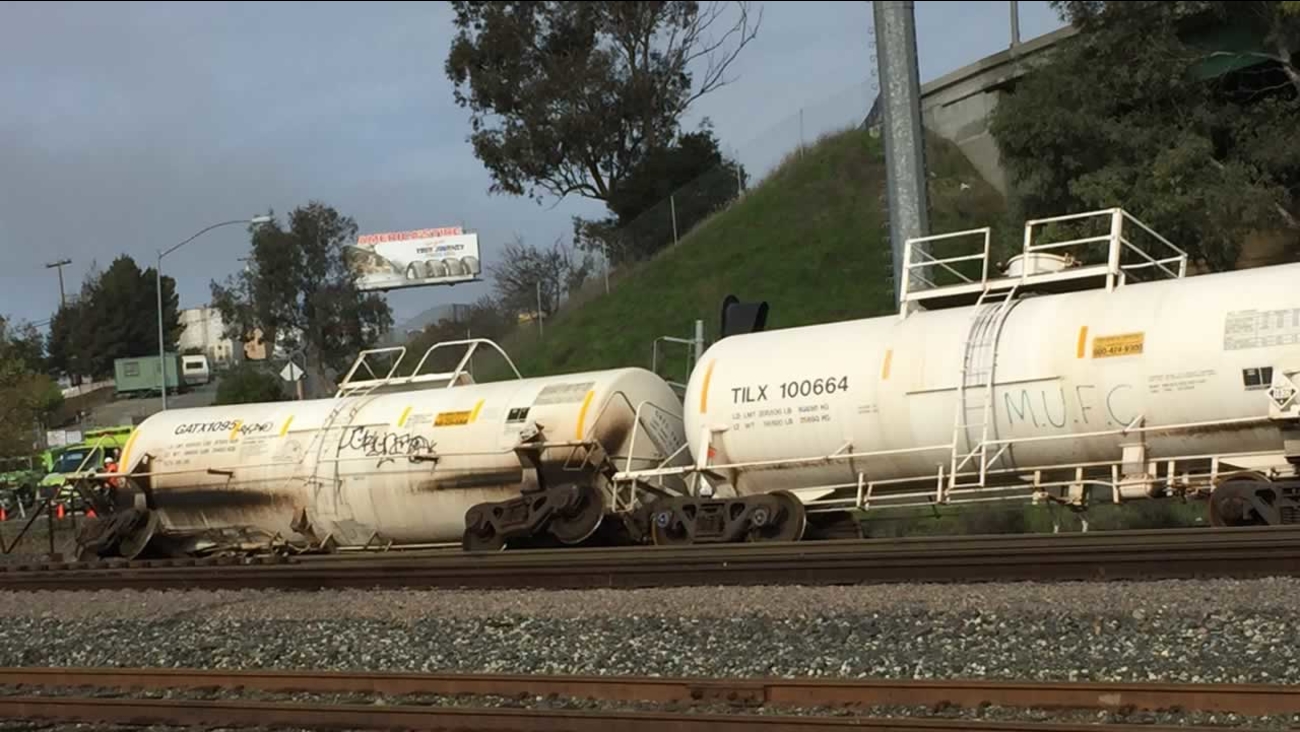 Martinez police, the California Highway Patrol and the Contra Costa County Fire Protection District all confirmed there was an incident involving trains derailing shortly before 10 a.m. under Highway 680 near Marina Vista Avenue.

County hazmat crews responded to the scene but were not immediately available to provide more information about the incident.

Officials at Union Pacific, the company that owns the railway, were also not immediately available to comment.

Three tanker cars fell off tracks in Martinez along Marina Vista just under I680 freeway. No impact to traffic. pic.twitter.com/RMzkfHUNpW