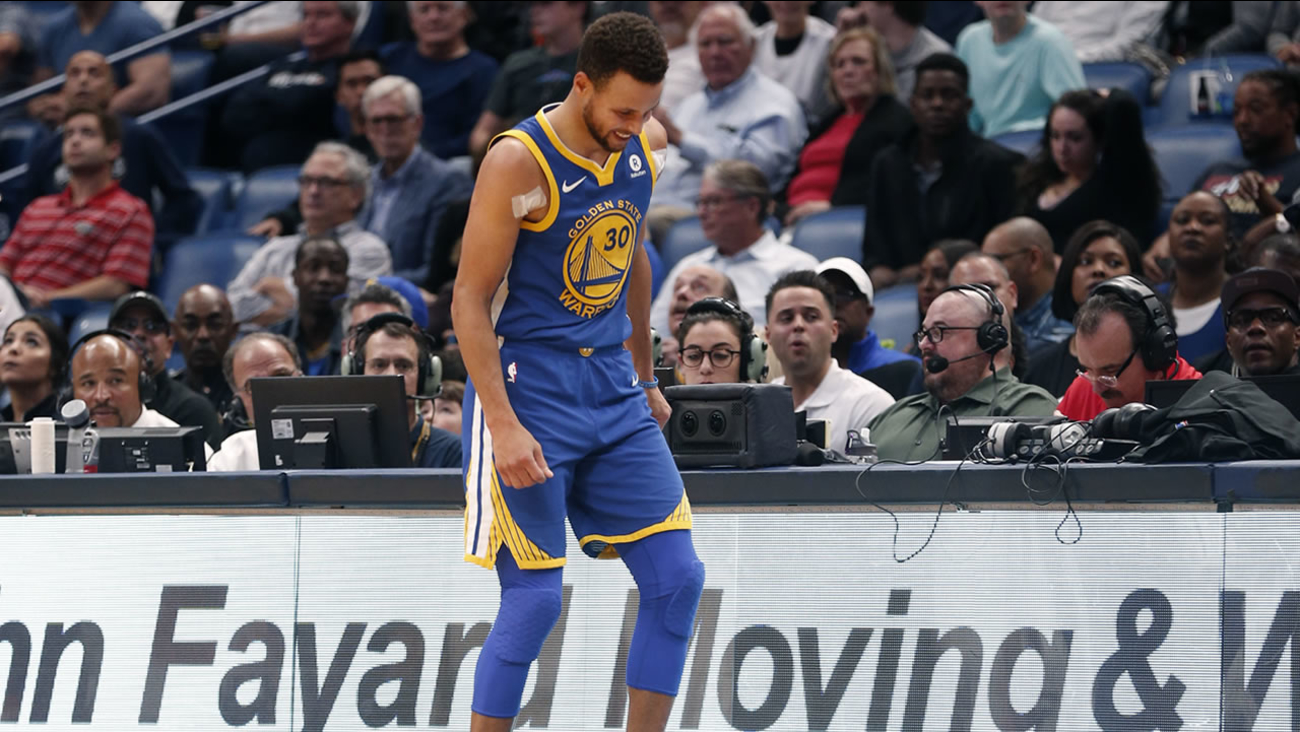 Warriors guard Stephen Curry limps off the court to the locker room in the second half of a game against the New Orleans Pelicans in New Orleans, Monday, Dec. 4, 2017. (AP Photo/Gerald Herbert)

NEW ORLEANS (KGO) -- The Golden State Warriors turned a 21-point deficit into a 125-115 triumph over the Pelicans in New Orleans Monday night, but the joy changed to concern as Stephen Curry sprained his ankle late in the game.

The news on Tuesday is actually encouraging, but the Warriors superstar guard will still be out for at least two weeks.

Injury update: Stephen Curry underwent an MRI today in Charlotte, the results of which confirmed that he suffered a sprained right ankle in last night’s game at New Orleans. The MRI indicated that the ankle is stable and structurally intact. He will be re-evaluated in two weeks.

Curry rolled his ankle late in the fourth quarter. It looked bad, especially for a player with a history of ankle injuries. And the ankle in question is the one that's been surgically repaired twice.

An MRI on Tuesday revealed no structural damage and the Warriors say Curry will be re-evaluated in 2 weeks.

That would mean he'd miss a minimum of 6 games.

The Warriors play in Curry's hometown of Charlotte on Wednesday night.