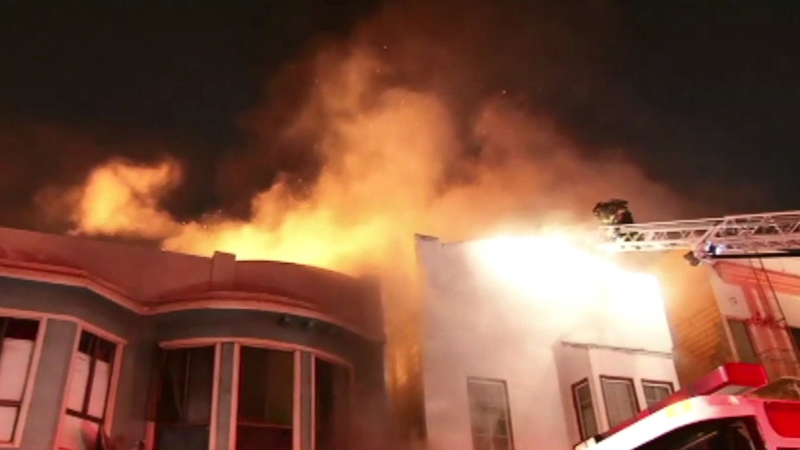 OAKLAND, Calif. -- Firefighters have contained a four-alarm fire in Oakland that began Wednesday evening, according to Oakland fire officials. There are 34 residents that have been displaced from the blaze.

The blaze was first called in at 10:48 p.m. near 23rd Street and International Boulevard, a fire dispatcher said.

The fire began outdoors in the rear of a two-story residential building and soon spread to another nearby two-story building and took down nearby power lines, officials said.

The fire was contained at 1:09 a.m. this morning, according to fire dispatchers.