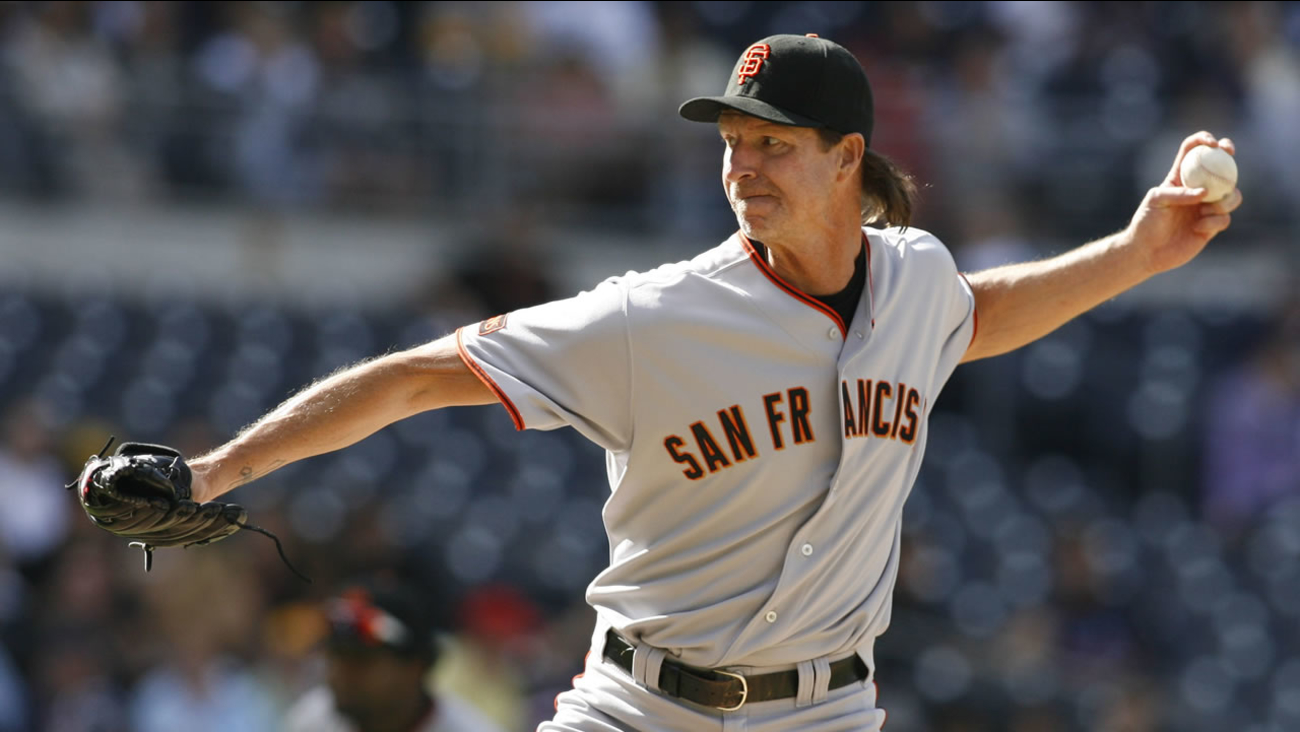 LIVERMORE, Calif. (KGO) -- East Bay native Randy Johnson has received his call from Cooperstown. Johnson is now an official member of the Baseball Hall of Fame.

Johnson played 22-years in big leagues, most notably with the Mariners and Diamondbacks and played one season with the San Francisco Giants. He won five Cy Young Awards, and ranks second all-time in strikeouts.

He's also among only 24 pitchers to win 300 games, achieving that milestone with the Giants in 2009.

Johnson graduated from Livermore High in 1982, and people in the East Bay city couldn't be prouder.

It has been decades since Johnson called Livermore his home. But he still holds a special place in the hearts and minds of many.

Make that, catcher, Steve Gallagher. His pitcher was the one and only, Randy Johnson. They graduated together in 1982.

"Never thought that we'd be looking at somebody that went to the bigs, and then went onto be inducted into the Hall," said Gallagher.

At the high school on Tuesday, word of Johnson's vote into the Basehall Hall of Fame spread fast. He last visited back in 2009, during his final season with the Giants.

"They were a little younger when he retired, but they definitely still know the name, and know the type of success he had, and they connect it to being here at Livermore, and it's kind of cool for them to do that," said Perotti.

Livermore High pitcher Thomas Triantos is one of those students.

"Just an inspiration, just the fact he came from almost nothing, and then made it all the way to the top, one of the best pitchers, and kind of just a reminder," said Triantos.

Johnson is a good reminder that with hard work and determination, anything is possible. But for Johnson's old teammate, a personal point of pride.

"It says a lot for Randy, and it's nice that the hometown kid did good," said Gallagher.

Baseball writers also elected Pedro Martinez, John Smoltz and Craig Biggio to the Hall of Fame on Tuesday, marking the first time since 1995 that four players have been elected.

The "Big Unit", Martinez and Smoltz earned induction on the first try Tuesday. Biggio made it on the third attempt after falling two votes shy last year.

The quartet will be inducted in Cooperstown on July 26.

Meanwhile, former San Francisco Giants slugger Barry Bonds has been denied the Hall of Fame for the third straight year. Bonds, who has been linked to performance-enhancing drugs, received nearly 37 percent of the vote.