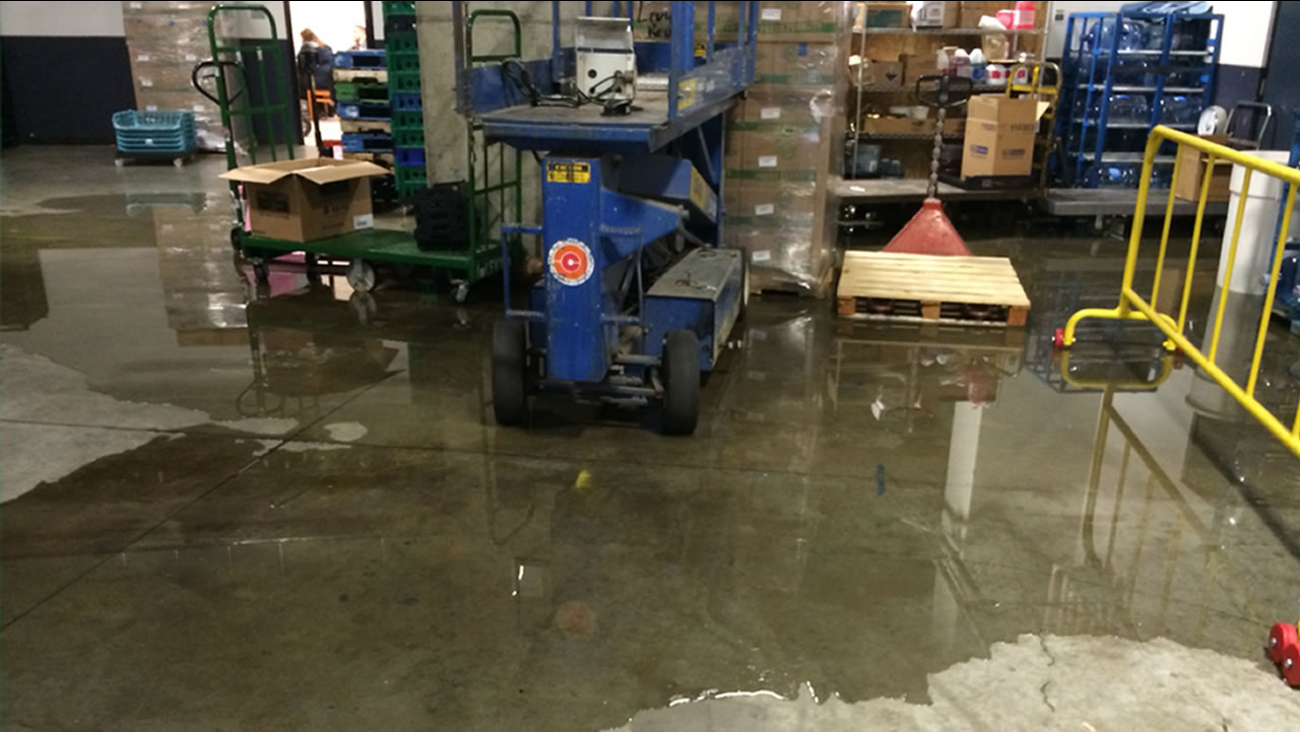 KGO
OAKLAND, Calif. (KGO) -- On Monday, Oracle Arena had to deal with some water damage.

During the Golden State Warriors' game, flooding was reported in several areas of the first floor, including a storage area, several bathrooms and the courtside kitchen.