5 Things to Know About Kevin McCarthy, the Likely Next Speaker of the House 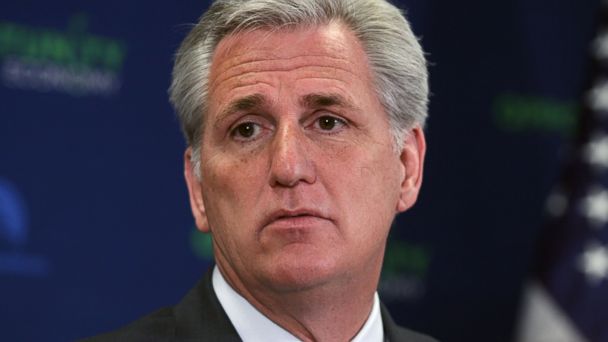 Kevin McCarthy won the lottery as a college student, taking home $5,000. Now, the 50-year old California Republican is poised to hit the political jackpot -- as the favorite to replace outgoing House Speaker John Boehner, who will step down on Oct. 30.

Here's what you need to know about the man who could become the third-in-line for the U.S. presidency:

He Owned a Deli Before Turning to Politics

After winning the $5,000, McCarthy opened up "Kevin O's Deli," a sandwich shop that was toasting subs "hot upon request" before Subway caught on, according to the Orange County Register. McCarthy, who frequently references his small business experience, used earnings from the shop to pay his way through school at California State University.

He Rose Quickly Up the GOP Ranks

He first entered politics as an intern for former Rep. Bill Thomas, R-California, who served as chairman of the powerful House Ways and Means Committee and a mentor to McCarthy. He spent years in local politics and the California State Assembly before winning Thomas's seat just nine years ago -- which would make his rise to the Speaker's rostrum would one of the fastest in congressional history.

McCarthy, unlike Boehner and other previous speakers, isn't known for a signature legislative achievement, and has never chaired a congressional committee. Instead, he helped shape the GOP's House takeover in 2010, penning the party's agenda in Top Guns: A New Generation of Conservative Leaders (written with Rep. Paul Ryan of Wisconsin and former Rep. Eric Cantor of Virginia), and recruiting GOP House candidates for the midterm elections.(Some of the conservatives tapped by McCarthy forced Boehner's early retirement, and seek assurances from the majority leader that he'd lead the conference differently.)

He was Kevin Spacey's "House of Cards" Muse

To study up on Congress for his role Francis Underwood in Netflix's "House of Cards," Kevin Spacey shadowed McCarthy around the Capitol. McCarthy, who was the majority whip at the time, showed Spacey the ins-and-outs of wrangling votes.

McCarthy is also a movie junkie. In 2011, he showed Republicans a clip of the Boston mobster movie "The Town" to bring them together during the debt ceiling fight, according to the Washington Post.

McCarthy hails from a heavily Hispanic district in California, and has spoken favorably of granting legal status to undocumented immigrants in the past. While his background could open him up to pressure from immigration reform groups, McCarthy will also feel the heat from House conservatives whose support he'll need to win the Speaker's gavel.