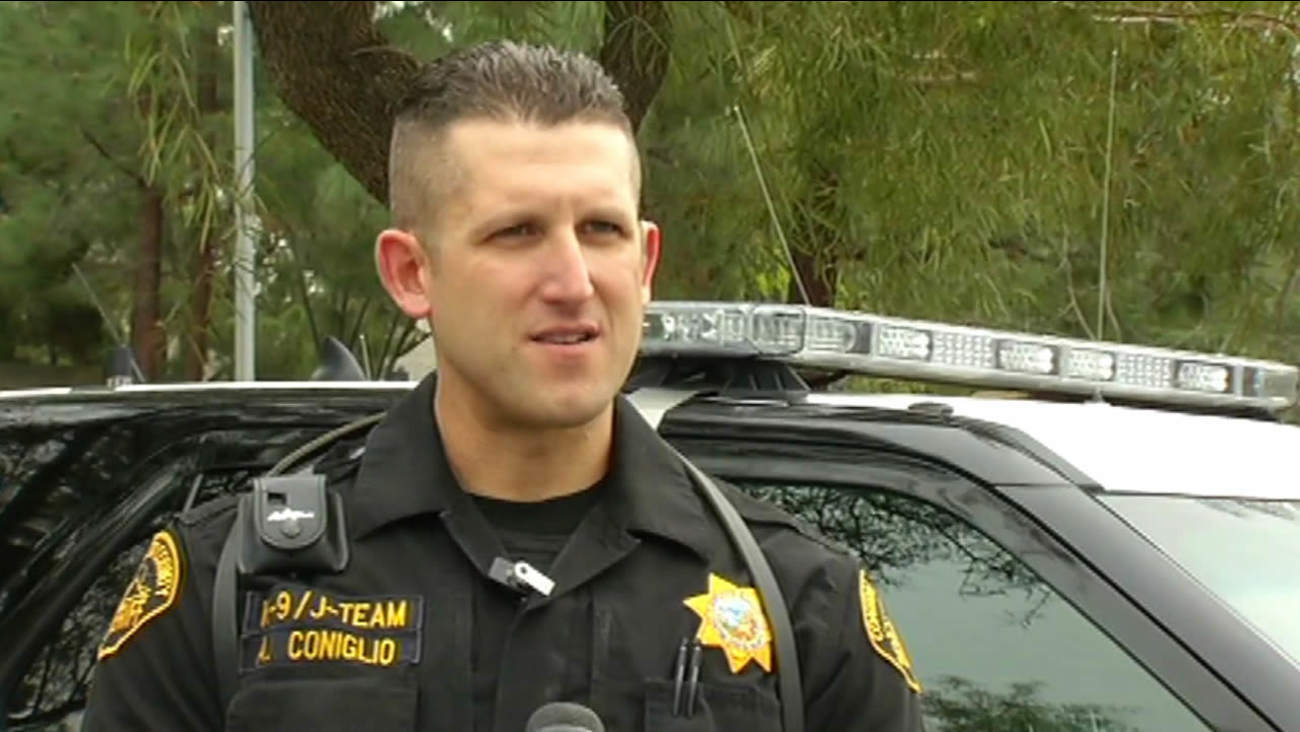 MARTINEZ, Calif. (KGO) -- When a bus carrying dozens of teens caught fire on Interstate 680 Saturday night, several adults acted very quickly to save the kids. And a heroic sheriff's deputy went above and beyond, actually going back into the smoky bus.

The tour bus that caught fire near Walnut Creek was carrying about 40 teenagers.

Dozens of teenagers escaped a tour bus that caught on fire on Interstate 680 near Walnut Creek, Calif. on March 14, 2015.

Deputy Anthony Coniglio was on I-680 driving to work. The interior lights of the bus revealed who was inside.

"Which let me see that if was full of children in the bus," he said. "And at that point I knew I had to pull over and help."

The children turned out to be teenagers visiting from Arizona attending a sign language event. Only one of the students is hearing impaired. Coniglio called dispatch and began helping the bus driver and the teacher with the evacuation.

"It could have gone very bad, especially had the teacher and bus driver not immediately started evacuating the children," he said.

Then Coniglio made a risky move by going back inside the bus to make sure everyone was out.

"At that point the flames had started coming up the side of the bus," he said.

Within a few minutes the heat from the fire started breaking out the windows.

Coniglio made sure the students were far away from the flames.

That evening, seven members of the group were treated and taken to a local hospital for smoke inhalation.

A teen recovers after escaping a tour bus that caught on fire on Interstate 680 near Walnut Creek, Calif. on March 14, 2015.

The 36-year-old deputy works with the K-9 unit. His assigned dog was with him, but remained in the car.

"He did it in a way that was swift and he made decisive actions," said Captain Dan Hoffman. "He ensured everyone on scene was safe and ultimately I believe everyone went home that night because of his actions."

"I feel I was just doing anything that anyone would have done in my shoes at that point in time," Coniglio said.