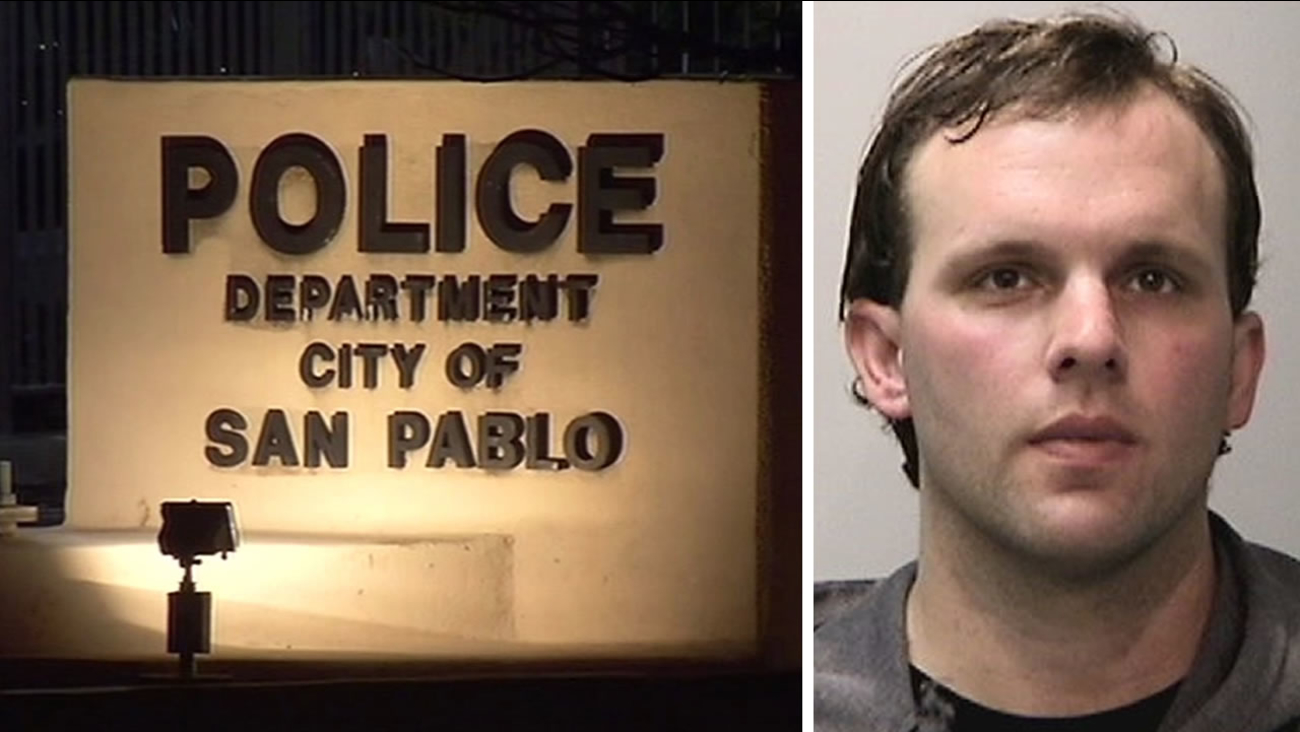 SAN FRANCISCO (KGO) -- We're learning more about a San Pablo police officer who was arrested in San Francisco last Wednesday for buying drugs and possessing an illegal weapon while his 2-year-old daughter waited in the car.

Officer Kenneth White was supposed to appear in court Tuesday morning for a pretrial conference. The court date has been moved to later this week on Thursday

White is accused of buying heroin and cocaine. He was busted on 7th and Howard streets by undercover SFPD officers after they received a tip from the San Pablo Police Department.

Police say White left toddler in his car during the drug transaction near a loaded gun.

The 32-year-old faces a total of six charges including child endangerment, possession of drugs, and possession of an unregistered firearm. He pled not guilty to those charges on Friday.

On Tuesday in court, his attorney Christopher Dove said he had no comment.

In the meantime, the San Francisco District Attorney's Office said they will be prosecuting this case to the fullest extent.

"It's very concerning," said Assistant District Attorney Alex Bastian. "Whenever you have a child, drugs, a gun, it's very serious and there's going to be consequences for that type of behavior."

White served as a resource officer at Helms Middle School.

At the time of his drug arrest, White was on paid administrative leave for an unrelated conduct issue.