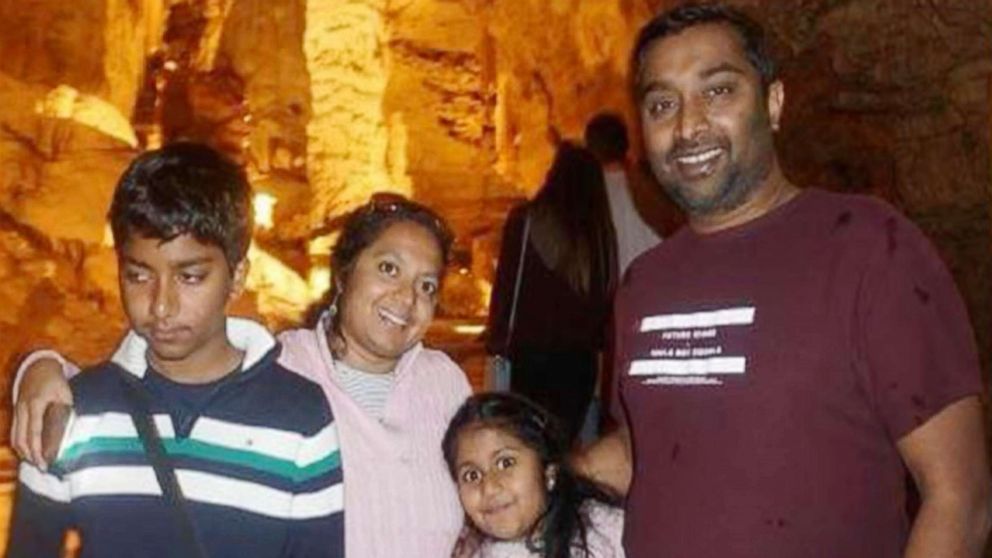 A family of four who disappeared on a West Coast road trip may have been swept away into a river in Northern California.

Sandeep and Soumya Thottapilly and their children, 12-year-old Siddhant and 9-year-old Saachi, were driving from Portland, Oregon, home to Southern California last week, according to the San Jose police and according to ABC station KGO in San Francisco.

They were expected to stop at a family member's home in San Jose, California, on Friday, but they never showed up and haven't been seen or heard from since Thursday, police said.

The family was in a maroon/burgundy 2016 Honda Pilot with California license plate 7MMX138, police said.

First responders found the car completely submerged. Because of a strong current and poor clarity, the car was never recovered, the CHP said.

But authorities were able to determine the make, model and year of the car because of parts of it -- a mirror and other debris -- were found, the CHP said.

It's not certain the Thottapilly family was inside that car; however, since they've still not been heard from, a missing person's report was filed for the family on Sunday.

Fire departments, a rescue team, the Mendocino County Sheriff's Office and the highway patrol are all involved in the ongoing search for the occupants of the car. The CHP also deployed a helicopter to help.