KGO
By by Cornell Barnard
SAN FRANCISCO (KGO) -- Interim San Francisco police Chief Toney Chaplin is meeting with faith leaders this morning, aiming to reduce the use of deadly force in the department. He also gave his first public indication on whether he wants to lead San Francisco Police Department permanently.

Chaplin got a standing ovation from members of the faith community Thursday. He said he'd like to make the job permanent.

"You know, I would love to get the job," Chaplin said.

It's a job where bridging gaps between the faith community has never been more important.

The SFPD is in the midst of sweeping police reforms with the introduction of officer worn body cameras, designed to provide greater transparency in communities.

"We have 60 body cameras in field now and it's a trial and error period for us, we're trying to see how they're going to work," Chaplin said.

Many praise the force on recent standoff events. Including one in the Tenderloin, where de-escalation techniques led to the safe surrender of a man threatening to harm himself.

"If we can work together we have a community and we put a face out there, then can do some changes," Hodge said.

Mayor Ed Lee says so far it's a step forward.

"We're trying to build that trust and go in a direction where our faith based leaders, our community advocates, can all see more transparently how we're trying to save people's lives," said San Francisco Mayor Ed Lee.

Chaplin said he wants to recruit more people from the African American community. The mayor said he would like to see Chaplin get the job permanently and on job the job training will be his proving ground.
Related topics:
san franciscosfpdpolice brutalitypolice
Copyright © 2020 KGO-TV. All Rights Reserved.
POLICE BRUTALITY 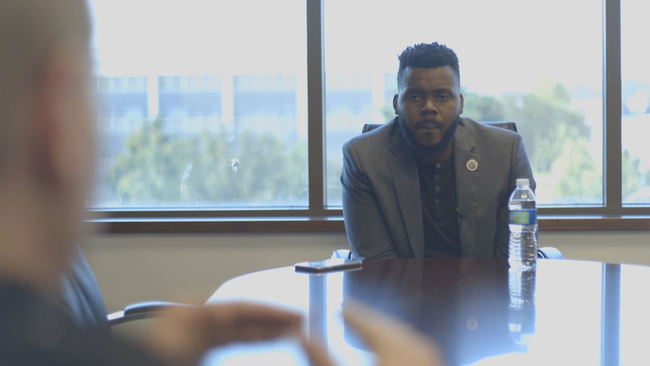