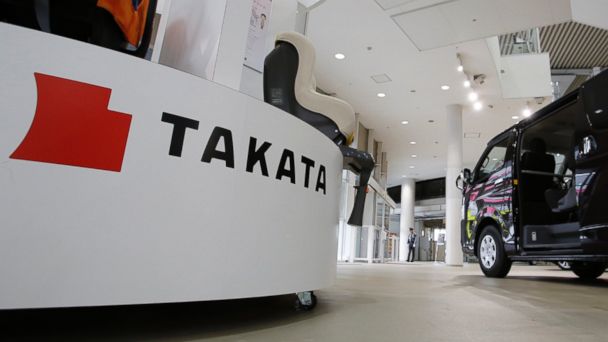 Auto safety regulators have identified an eighth U.S. fatality they say is likely related to the rupture of a Takata airbag, they announced today.

Though still working to confirm, the National Highway Traffic Safety Administration has tentatively concluded the driver of the 2001 Honda Accord, a minor, died a few days after the vehicle's airbag exploded during a crash in July, communications director Gordon Trowbridge told reporters today. Though the accident occurred near Pittsburgh, the vehicle, which was under recall and had been purchased used, spent several years in a high-humidity region, which dramatically increases the likelihood of an inflator rupture, he said.

"This young person's death is tragic and it underscores why we are continuing to work so hard" to take care of recalls, Trowbridge said, adding that most rupture fatalities occur in what would otherwise be "easily survivable" accidents.

Expressing "heartfelt condolences," Takata, in a statement, said today, "We are working in close collaboration with Honda and NHTSA to determine the facts and circumstances surrounding this tragic situation. Takata's number one priority is the safety of the driving public."

The company added: "We are continuing to work closely with NHTSA and our automaker customers to do everything we can to advance vehicle safety."

About 23 million passenger- and driver-side airbag inflators manufactured by Takata have been recalled after automakers discovered the inflators were prone to rupture, spraying metal shrapnel into the cab. The recall, the largest in U.S. history, affects about 19 million vehicles.

Following a number of inflator ruptures during testing, NHTSA announced it is expanding the recall to include cards from model year 2005-2008 Mazda 6s, 2002-2004 Honda CRVs, 2005-2008 Subaru Legacies and 2005-2008 Subaru Outbacks. They anticipate this will add "a few hundred thousand" vehicles to the recall population, which already includes cars from GM, Toyota, Ford, Honda, Mazda, Subaru, Nissan, Chrysler, BMW, and others. (To see if your car is affected, visit safercar.gov.)

Nationwide, just over one-quarter of all recalled vehicles have been repaired, Trowbridge said. In high-humidity regions, where risk is significantly higher, over one-third have been repaired. The pace of repairs is accelerating rapidly, he added.

Still, "every day an inflator remains in a vehicle means more risk to public safety," Trowbridge said. "We've got kind of a mess on our hands here."