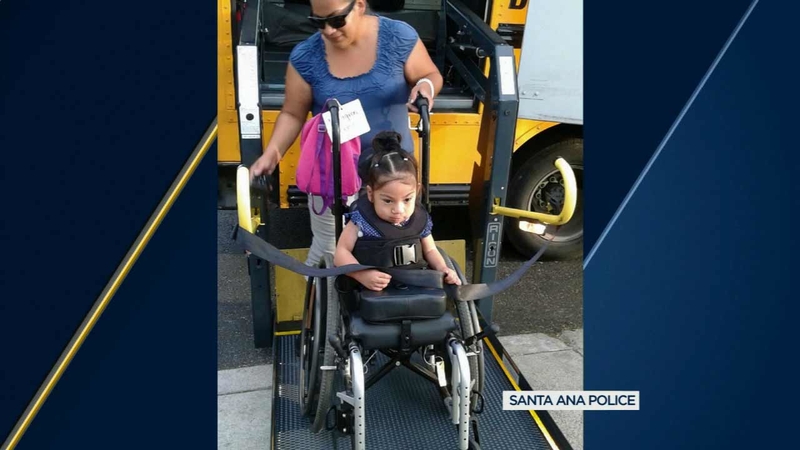 SANTA ANA, Calif. -- Police are searching for thieves responsible for taking a wheelchair belonging to a 4-year-old Santa Ana girl born without legs.

Milagros Perez, whose name means "miracle", had her chair and her backpack, which was attached, stolen sometime between 10 p.m. Saturday night to 8 a.m. Monday from the family's Santa Ana apartment.

Milagros, who suffers from several medical issues, uses the wheelchair to go to school.

Milagros' mother, Rosa Perez, said they kept the wheelchair behind the apartment gate because management would not allow them to lock it.

Santa Ana police said the chair is worth about $1,500, which the family said is money they do not have.

"Why someone would do that and put her in this situation is terrible," said Anthony Bertagna of Santa Ana PD.

As police searched for the thief or thieves, officers arrived with the one thing that Milagros had mentioned when police last visited.

"She was wishing for a Christmas tree," Bertagna said.

With the tree and decorations, officers also brought toys in as an effort to provide some comfort for Milagros.

Perez, at first, said she was angry at the person who took from them, but now forgives them and believes they may need the chair more than her daughter.

Although Milagros was out of school for the holiday week, her mother was unsure how she would return without a chair.

For people who want to help Milagros get a new wheelchair, donations can be sent to the address below.