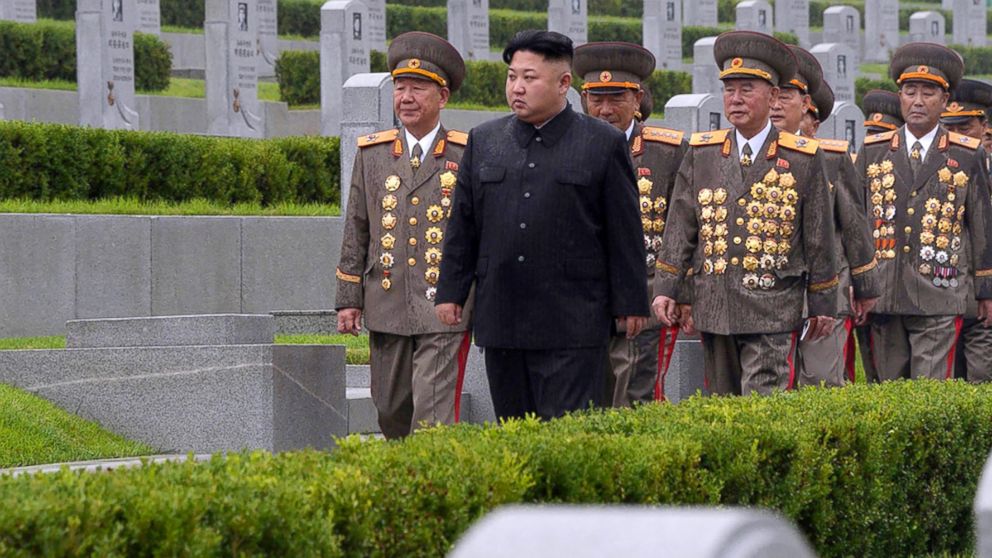 The U.S. is open to talks with North Korea if it halts its testing of ballistic missiles, Secretary of State Rex Tillerson said at a summit of Asian leaders Monday.

Asked about how long those tests must stop before talks can begin, Tillerson quipped, "We'll know it when we see it."

Tillerson spoke to reporters on the sidelines of a major summit hosted by Southeast Asian countries in the Philippines, where he has been meeting with regional partners to turn the heat up on North Korea after the country tested two intercontinental ballistic missiles in July.

"The best signal that North Korea could give us that they are prepared to talk would be to stop these missile launches," the U.S.'s top diplomat said, but added, "This is not a 'Give me 30 days and we are ready to talk.' It's not quite that simple. So it is all about how we see their attitude towards approaching a dialogue with us."

That contrasted with Tillerson's push for North Korea's economic partners to cut back on ties with the brutal regime in order to weaken Kim Jong-un's government and force them to negotiate.

Tillerson did not mention a freeze on North Korea's nuclear program, previously a paramount condition for any negotiations -- but it was unclear if that was an oversight or a new policy.

Tillerson also praised the United Nations Security Council vote that passed sweeping new sanctions Saturday as a sign that the "entire international community" is united in its opposition to North Korea's provocations.

The new sanctions ban exports of coal, iron, lead, and seafood; halt North Korea's guest worker programs and blacklist over a dozen individuals and entities, including the country's primary foreign exchange bank. They could target as much as one-third of North Korea's export revenue, but Tillerson conceded it may take some time before the Kim regime feels their "bite."

On the heels of that win at the U.N., the U.S. has been trying to isolate North Korea at the gathering of leaders in Manila, campaigning for its expulsion from the ASEAN Regional Forum.

China and Russia both still met with the North Korean delegations on the sidelines though -- a slight snub to the American campaign -- although China did take a rare step to publicly warn North Korea of further missile or nuclear tests.

Tillerson in turn warned that the U.S. would diligently watch China and Russia to ensure that they and all countries fully implement sanctions.

Noting that the two countries "can have some influence on how" North Korea is thinking, Tillerson added that the world expects of China and Russia that "you will do everything you possibly can to help North Korea understand the reality of their future as well and bring them to the negotiating table."
Report a correction or typo
Related topics:
abc newsnational
Copyright © 2021 ABC News Internet Ventures.
TOP STORIES
Mask mandate inevitable in SF; announcement will come next week
Delta variant 'twice as infectious' as previously thought
Health officials respond to self-prescribed COVID booster shots
SF tenants get 6-figure buyout to leave luxe unit
California Dreaming: The Future of the Golden State | Part 3
Coronavirus updates: COVID outbreak reported at Contra Costa jails
Disney joins list of companies requiring vaccine for nonunion workers
Show More
Experts explain why it's safe for kids to return to school
CDC document warns delta variant spreads as easily as chickenpox
Facebook to launch Ray-Ban 'smart glasses'
Here are the Bay Area cities with the lowest vaccination rates
What we know about the delta variant
More TOP STORIES News