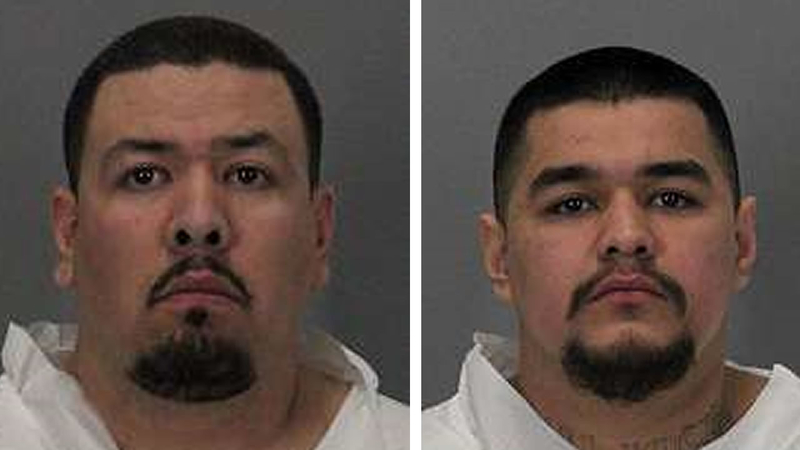 San Jose residents Robert Ruiz, 32, and Aaron Vallejo, 24, were allegedly involved in an altercation with 35-year-old Frank Navarro and Navarro's co-workers at Tres Gringos Cabo Cantina when Navarro was stabbed.

On Wednesday, both men appeared in court, charged with the murder of Navarro over the weekend.

Robert Ruiz and other suspect in stabbing death of little league coach Frank Navarro in San Jose were arraigned on murder one charge. pic.twitter.com/w3xE1tWAor

Navarro was pronounced dead at Santa Clara Valley Medical Center, according to a Facebook post by Angela Tirado, the vice president of Eastridge Little League in East San Jose.

In the courtroom family and friends of the victims were emotional.

"I just needed to see the people who took our Frankie away from us," said Yolanda Betran, the victim's aunt.

Frank Navarro's family and friends are briefed by prosecutor after the arraignment of the murder suspects in San Jose. pic.twitter.com/uV6lsWPQSK

Navarro was the president of the league and, according to social media posts, also coached baseball and football at Overfelt High School.

He was a longtime security manager at the Tres Gringos Cabo Cantina in downtown San Jose, the owner, David Powell, called the suspects cowards.

"Like the cowards they are, attacked Frank and my team from the side and in the scuffle, Frank was stabbed and killed," said Powell.

Ruiz and Vallejo are being held without bail. They did not enter pleas in court Wednesday.

A source tells ABC7 News that the case is sealed because police are still looking for another suspect, possibly the one who stabbed Navarro.

Mourners held a candlelight vigil on a baseball field Sunday evening for Navarro, who was remembered as a mentor to many young people in the community.

Both Ruiz and Vallejo were booked into the county jail on suspicion of homicide. They are scheduled to appear in court this afternoon and are being held without bail.