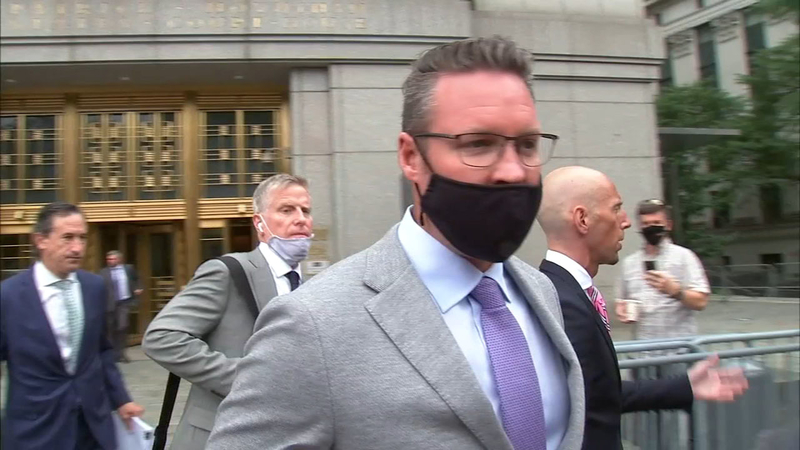 Authorities had been investigating Milton and Nikola for more than a year after short seller Hindenburg Research called Nikola an "intricate fraud" in a September report.

The company subsequently conceded video of its electric truck that gave a misleading impression it was actually drivable.

The company also said Milton had made inaccurate statements about the technology behind the vehicle.

Phoenix-based Nikola planned to build battery- and hydrogen-fuel-cell-powered heavy trucks for long-haul trucking, and the company had been valued at more than $12 billion.

The doubts raised by short sellers and regulators have tanked the stock price and scuttled a deal with General Motors to take a stake in the company.

Prosecutors said Milton lied at every turn about the company's ability to produce its electric truck.

According to the indictment, Milton made false and misleading statements about the company's success in creating a fully-functioning semi-truck prototype known as Nikola One when he knew that the prototype was inoperable.

He also allegedly made false statements about an electric- and hydrogen-powered pickup truck known as the Badger using Nikola's parts and technology when he knew that was not true.

"As a result, some of the retail investors that Milton's fraudulent scheme targeted suffered tens and even hundreds of thousands of dollars in losses, including, in certain cases, the loss of their retirement savings or funds that they had borrowed to invest in Nikola," prosecutors said.

Milton resigned from Nikola in September amid allegations of fraud. At the time, he said he would defend himself against accusations that the company made false claims about its vehicles, allegations Nikola rejects.

Milton "lied about nearly every aspect" of Nikola's battery- and hydrogen-powered truck business, US Attorney Audrey Strauss said, singling out the December 2016 introduction of Nikola One.

"The closest it ever came to driving was when a group of Nikola engineers took it to the top of a hill and rolled it down so it could be filmed for a commercial," Strauss said. "It was unfinished and untested and missing critical parts."

Strauss also called out statements Milton made on social media, television, and during podcast appearances as he sought to take Nikola public between 2019 and 2020.

"Retail investors were listening to Milton," she said. "His statements helped convince them to buy Nikola stock but what they heard him say was not true. Milton told lies to generate popular demand for Nikola stock."

For a time, Nikola was a stock market darling even though it never actually made anything. Milton's personal holdings were worth more than $7 billion.

"Today's criminal charges against Milton are where the rubber meets the road," Strauss said.

A spokesperson for Trevor Milton's legal team issued the following statement in response to the allegations:

"Trevor Milton is innocent; this is a new low in the government's efforts to criminalize lawful business conduct. Every executive in America should be horrified. Trevor Milton is an entrepreneur who had a long-term vision of helping the environment by cutting carbon emissions in the trucking industry. Mr. Milton has been wrongfully accused following a faulty and incomplete investigation in which the government ignored critical evidence and failed to interview important witnesses. From the beginning, this has been an investigation in search of a crime. Justice was not served by the government's action today, but it will be when Mr. Milton is exonerated."
Report a correction or typo
Related topics:
new york cityarrestelectric vehiclesfraud
Copyright © 2021 KGO-TV. All Rights Reserved.
TOP STORIES
Bay Area health experts warn omicron surge is coming
50 mutations in omicron could be its downfall, data shows
Arson investigation into Jack London Square Christmas tree fire
Breaking down the race for SF's Assembly District 17
Man accidentally buys 2 identical lotto tickets and wins 2 jackpots
Why feds are warning it could take months to get a passport
Monarch butterflies return to CA after almost vanishing last year
Show More
New COVID testing rules begin for international travelers
Maxwell family seeking food, soap for sister as trial continues
Family demands answers after Afghan refugee fatally shot in SF
US to stage diplomatic boycott of Winter Olympics
Restaurant owners apologize for refusing service to SFPD officers
More TOP STORIES News