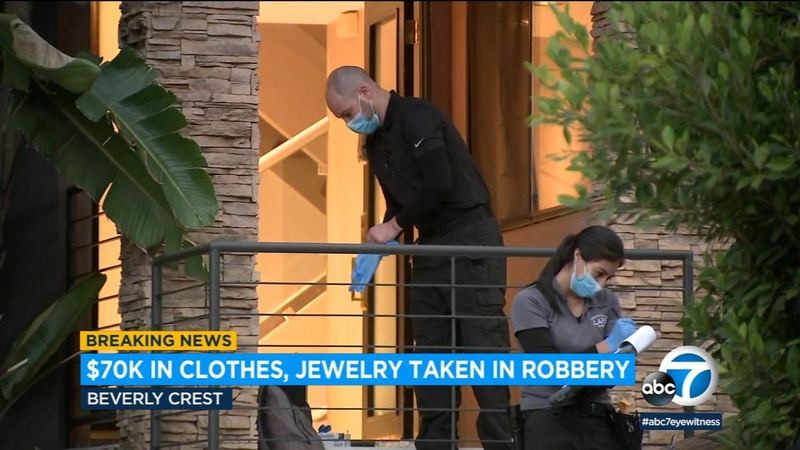 LOS ANGELES -- The Los Angeles Police Department is now calling a follow-home robbery in the Beverly Crest area a kidnapping.

The suspects stole about $70,000 worth of clothes and jewelry.

A San Francisco couple is recovering from the mental trauma of being followed home and attacked and robbed by men wielding a gun and AR style rifle.

"This one is alarming in which the victims were forced to go inside of a residence where they were taken from a place safer, in front public view, out into a residence, which makes this a much more serious crime," Det. Chris Marsden said. "It's a kidnapping, which, when we catch them, this would be punishable up to life in prison."

No one was seriously hurt. The suspects were described as males between the ages of 19 and 25.

They say there is no indication this is gang-related, but it does come after last week's warning from the LAPD that nearly 20 gangs were sending out crews to follow people home and rob people in wealthy neighborhoods.

The LAPD says there have been more than 250 similar incidents over the last year.