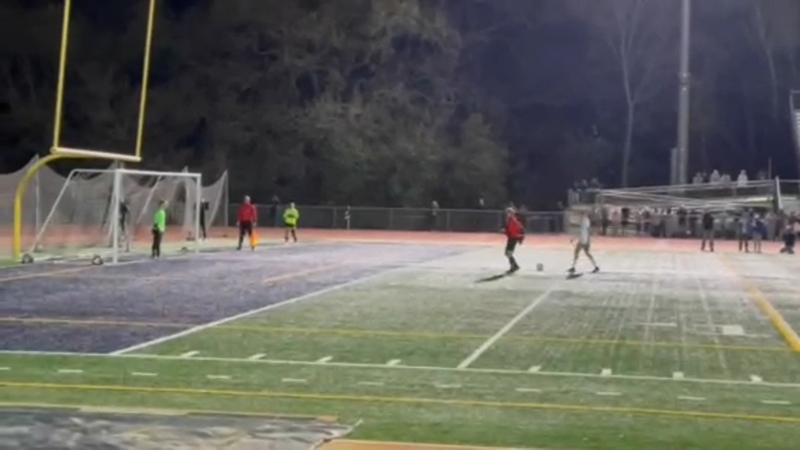 CLOVIS, Calif. -- School officials say that they have identified the student who made racist taunts towards Black and Latina soccer players at a high school match in the Sacramento area.

Officials from Oak Ridge High in the Sacramento area will not publicly release the identity of the student, but say they will make sure the actions are labeled as a hate crime and that the student will receive full punishment.

The incident happened at an away Division 1 championship game between Buchanan High School and Oak Ridge High School in the Sacramento area.

Two Buchanan high school soccer players were heckled with racially-charged noises as they went to do their penalty kicks.

The incident happened at an away Division 1 championship game between Buchanan High School and Oak Ridge High School in the Sacramento area.

A student on the Oak Ridge side made monkey noises as Ciara Wilson, an African American soccer player from Buchanan, approached the ball.

El Dorado Union High School District released a statement, saying in part, "A completely unprovoked and unacceptable outburst was made by one individual in the Oak Ridge side of the stands as the game went from overtime to penalty kicks. This individual's conduct does not represent the values of our school, district, or community. This explicitly racist action has taken the focus away from two outstanding teams of young women athletes."

"There is no room for this type of individual behavior anywhere in society," The principal of Oak Ridge High School said.